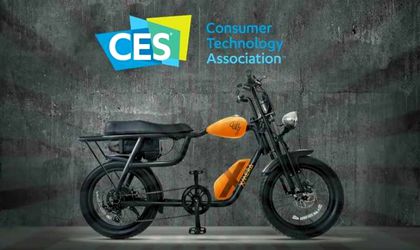 Pegas Workshops, the startup that revived legendary Romanian bike brand Pegas presented a new project at the Consumer Electronics Show in Las Vegas, one of the largest technology fairs in the world: a smart training bicycle.

According to startupcafe.ro, the project, called Xmera, will soon be launched on a crowdfunding platform.

Xmera was described by Pegas as a smart product that is “somewhere between a bike, a motorcycle and a training machine.”

The product’s website reads that Xmera is a hybrid vehicle that can be used both as a classic and an electric bike, with a long battery life, sensors that monitor movement through a mobile app and help locate the bike in case of theft, as well as an emergency SMS service.

The project was presented at CES by Andrei Botescu, the founder of Pegas Workshops, who is one of the partners in the Xmera project.