Operators combine TV and internet to cope with www development 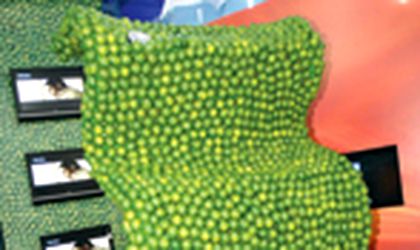 But it depends on the development of the broadband internet infrastructure in the country. “The only milestone that I can relate to, when estimating the future number of viewers is the example of online newspapers, which were given low survival chances when they appeared, four or five years ago, but now represent an important information source, with thousands of daily readers,” said Mihalcea.
Evo TV's turnover estimated for 2008 is EUR 500,000 and the launch of two or three more niche online television stations is planned.
As for the broadcasting format of the TV channels, discussions on the introduction of the high definition (HD) format started a couple of years ago, but no TV channel provider is able to go over the standard definition (SD) format. The TV sets able to receive such signals are registering significant sales growth, but the service remains unavailable for the moment.
“We have to say that the majority of our users who ask for HD transmissions don't have internet access with a bandwidth that would allow the standard to be visible,” Cozminca said.
i-TV does not currently broadcast HD channels, but it is planning to introduce a couple of TV stations that broadcast to this standard in the next few months as its clients have asked for such a service.
Another impediment for switching to HD is the fact that among the Romanian TV stations, only one, ProTV broadcasts, in HD standard, but only a small percentage of its shows, as a trial. At this moment, no Romanian TV station totally broadcasts in HD, on satellite, as would be natural, Cozminca added.
For the broadcast of HD television the most important role is played by the distribution network which should support the increased traffic. The receivers, head-end equipment and the set top boxes should also be superior to the SD format, from the performance point of view, which is also reflected in the investment value of the providers, Radu Rusu, IPTV manager of iNES Group, said.
Aside from the equipment costs, which are significant, the costs a TV station faces to broadcast HD are increased by the required bandwidth to reach the satellite. While an SD broadcast needs between 2.5 and 5 Mb/s satellite bandwidth, the HD standard needs 40 Mb/s, which means an increase of the broadcasting price of about 10-12 fold.
Among the international TV stations which broadcast in HD, none has Romanian language subtitling. Worldwide there are about 75 TV stations broadcasting in the HD standard, more than half of them being available on satellites that do not cover Europe.
“If we were to launch a package of HD TV stations now, it would have at most 10 or 12 stations, the majority of them being of no importance to our users,” Cozminca said.
The European channels with HD format broadcasts are Discovery HD, National Geographic HD, HD1, HD5, Luxe TV HD, Anixe HD and Voom TV HD.