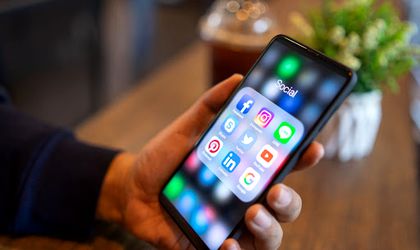 Social media has quickly risen to become some of the most popular platforms on the internet. Between Facebook, Twitter, Instagram, and even YouTube, people spend hours scrolling through online platforms every day. Perhaps the biggest attraction of social media is the freedom that comes with it, and the ability to personalize it to your liking.

In addition, social media allows you to keep in touch with your friends and family, and update them on what’s happening in your life. Accessing any social media platform is as easy as visiting the site and logging into your account.

But sometimes it’s just not that easy. You may think that you can access your social media platforms and accounts from anywhere, and at any time. However, some countries use internet censorship to block you from accessing any social media websites. Why is that? Keep reading to find out! 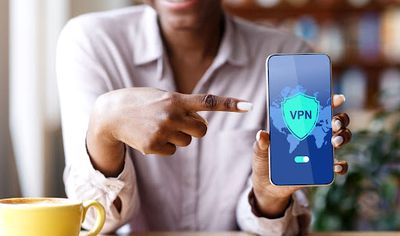 Read more about
Do You Really Need a VPN?
read more

What is Internet Censorship?

Firstly, let’s take a deeper dive into the definition of internet censorship. As you might have guessed, internet censorship is when some websites are blocked from being accessed. You may be familiar with this if your workplace blocks social media websites from being accessed during office hours. However, some entire countries also block websites.

This means that the websites simply cannot be accessed by anyone within the borders of the country. The reasons why countries employ internet censorship vary. For example in the Middle East, countries will block explicit websites and anti-Islamic content for religious reasons.

China uses the Great Firewall to block specific websites from being accessed within its borders. This includes foreign news websites, social media, and even some Google services such as the search engine, as well as the video and image search function — other services such as Google Maps, are still available in China.

Blocking all social media websites from being accessed seemed like the best solution to them, and it remains that way to this day. However, this causes some frustration for tourists who visit China and would like to access their social media profiles to post photos and videos or get in touch with their friends and family.

What is a VPN?

Luckily though, there is a solution to this problem, and it comes in the form of a handy cybersecurity tool that you can install on your device. The tool in question is known as a VPN or Virtual Private Network. VPNs have become incredibly popular in recent years thanks to their unblocking capabilities, which allow users to get past internet censorship and geo-blocking, but we’ll see how that happens in a minute.

Firstly, a VPN’s primary job is to keep your connection secure. It does this by encrypting your internet connection, which is especially important if you’re using unsecured connections such as the ones found at public WiFi hotspots. These hotspots are conveniently located at airports, hotels, and restaurants, making them the ideal way for tourists to get connected to the internet in a foreign country.

These unsecured connections are where cyber criminals thrive. Hackers will be able to virtually eavesdrop on your device. This allows them to see what you are doing on your device, whether it’s typing in passwords or sending emails.

While your VPN is connected, no one will be able to see what you are doing on your device. Even your internet service provider and the government won’t be able to keep track of your internet traffic.

The main function we’re after though is the ability to unblock websites. Your VPN can connect to one of several secure global servers in another country or city around the world. Once you’re connected to the server, your real IP address will be masked, and the server’s IP address will be adopted instead. This will trick the website into thinking that you are accessing it from another country.

This might explain how you get past geo-blocking, but you might be wondering how it works for internet censorship — surely your internet access is blocked from within the country’s borders. Well, that is true, but a VPN will still do the trick. Think of a VPN as a tunnel that is created in the network. Your device can sneak through this tunnel (undetected), and connect to the internet through the server of your choice.

It’s important to remember that you must install a VPN on your device before traveling to a country that uses internet censorship. Countries that use internet censorship are aware of what a VPN can do, and so they will block websites that allow you to download VPNs, making it entirely impossible to unblock websites once you’re within their borders.

How to Choose the Right VPN

Before you install a VPN on your device there are a few things to keep in mind. The first is that you need to avoid free VPNs. You will inevitably come across some free VPNs, and it might be tempting to use them, but overall the premium VPNs perform better both in terms of security and unblocking capabilities. If you’re using a free VPN you’ll run into some serious drawbacks such as daily data limits, slower connection speeds, more ads, and fewer global servers. Overall, free cybersecurity tools should always be avoided because they can still put your device at risk by not offering you the best possible protection.