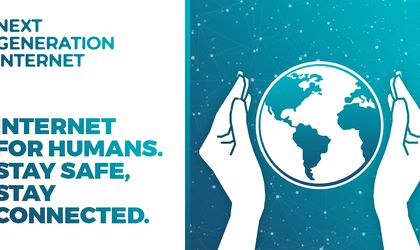 Since the outbreak of the COVID-19 pandemic, we have all realised how critical it is to have the right communication tools in place to remain connected to each other. However, as we become more aware of and attached to our privacy rights, we also become more attentive to the conditions of use of our communication tools. In other words, it is not only important that the tools work but we want to know how they work. Users need to trust the communications channels they use in their social circles, in particular private messages among individuals and groups.

The Next Generation Internet (NGI) is a European Commission initiative that aims to shape the development and evolution of the Internet into an Internet of Humans. An Internet that responds to people’s fundamental needs, including trust, security, and inclusion, while reflecting the values and the norms all citizens enjoy in Europe. NGI research projects are notably developing instant messaging solutions that fully protect user’s privacy. 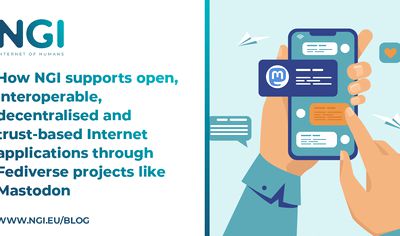 XMPP or Jabber is the designated Internet standard for instant messaging, essentially working in the same federated way as email. NGI funds several initiatives on XMPP to add the latest security features, so users have a choice of clients to pick and find out what suits them best: Kaidan and Conversations (mobile client for Android), Dino (desktop), Movim (web client), Libervia (all devices). All of these are free and open source applications, so they can be further customised.

Deltachat is a robust and user-friendly app users can start using instantly with their existing infrastructure. It looks and feels like a normal chat client, including encrypted private messages, threads and group chats – but instead of signing up to an unknown server abroad, users use a server they already trust: their mail server.

Another interesting protocol is Matrix. NGI is funding Fractal, a group messaging app for the desktop and Linux based mobile operating systems. The community has produced many more apps, including Element which can be used on mobile phones, desktop and the web.

Sylk Suite initially was an open source conferencing server, but has been developed into a well-featured video calling application. Sylk is on its way to offering group messaging based on the SIP Simple standard – which means that – and is compatible with the majority of the Internet telephony providers.

To engage with a more open community, users might want to consider using a ‘golden oldie’: IRC. NGI supports KiwiIRC, a modern web client for IRC that makes it easy to chat with larger numbers of participants. Users can choose one of the many free IRC providers around, or host their own.

In case full anonymity is needed, it is possible to use Ricochet Refresh: an open source project to allow private and anonymous instant messaging. Ricochet Refresh is the work of an international organisation supporting whistleblowers.

There are solutions which can run offline too:

Manyverse is a social networking mobile app, implemented on a peer-to-peer network (‘Secure Scuttlebutt’), rather than a typical cloud service. The mobile app locally hosts the user’s database, allowing them to own their personal data, and also use the app when offline.

Briar is a secure messaging app designed for activists, journalists and civil society groups. Instead of using a central server, encrypted messages are synchronised directly between the users’ devices, protecting users and their relationships from surveillance.

Switching to a new solution

It is important to understand and appreciate that there is a form of ‘social lock-in’ in place. If many people have a popular commercial instant messaging app installed, and it is available for free, it actually takes some effort for a group to switch to an alternative solution. But in the end, if we are all unhappy with the state of play, we are the only ones who can decide together to opt out!

The functionality we need is far from rocket science, as the above list of alternative solutions proves, and there are many more of them. If we want a healthy Internet, we simply cannot let a “winner takes all” scenario happen. Let’s start promoting fair, robust and trustworthy technologies, that operate transparently and behave as the society expects the Internet to behave.