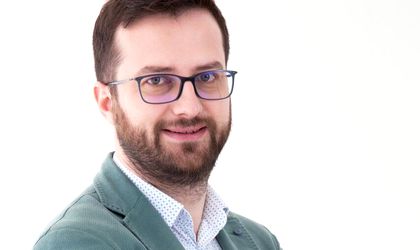 Canopy, one of the largest online marketing agencies with Pay Per Click focus, acquires Edge Agency from 2Performant, the leader of the domestic affiliate marketing market.

Through this transaction, Canopy becomes the first Pay Per Click agency in Romania to integrate a similar company, consolidating its leadership position. The acquisition, which will be completed in the last quarter of this year, involves the takeover of the Edge brand and the integration of the client portfolio of the performance marketing agency launched in 2016.

Among the brands that will enter the Canopy portfolio are Provident, FruFru, Arsis and Continental Hotels, which will join Sephora, Chicco, Stone Online, UiPath, DPAP, SanoVita, Smart Bill and Edenred, already in the Canopy ecosystem.

”By increasing the investment in PPC advertising we manage for current customers, coupled with the integration of new brands, Canopy is required as a market leader with an estimated advertising budget on Google and Facebook platforms at 6 million euros this year. After expanding with the Iasi office and developing services with Robotic Process Automation (RPA) solutions, it is a new step by which Canopy confirms the constant interest in evolving as a business and supporting online marketing in Romania, ”explains Cristian Ignat, the founder Canopy.

In its two and a half years of existence on the market, Canopy has become the Google Premier Partner, and in 2017 it has been – along with Edge, among the three “Agencies of Tomorrow” selected by Google Romania. 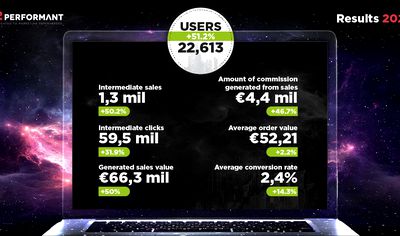 ”I am sure that the interest of the clients will be represented very well by the Canopy team. We made this decision as a result of a change in the 2Performant strategy – there is a period of accelerated development of our platform and we decided to focus entirely on building our own technology and services related to its use, ”said Dorin Boerescu , CEO 2Performant.com.

Also last year, the agency expanded to Iasi, an opportunity for both those who want to grow professionally in the field of online marketing, as well as for companies interested in growing their business by promoting Google Ads, Facebook Ads or YouTube online. In the first eight months of 2018, the agency’s turnover increased by 56 percent compared to the same period last year.

At present, the company has 24 employees, seven of which in the Iasi office.

The technology infrastructure built by 2Performant currently serves more than 600 customers in Romania and abroad, including global and regional leaders such as Avon, Answere, Chicco, Noriel, Orange or Telekom. The company has the largest affiliate base in Romania, currently counting over 60,000 users. In 2017, 2Performant recorded total revenues of approximately RON 13.5 million.