BR ANALYSIS. From fitness to forests – mobile apps get creative 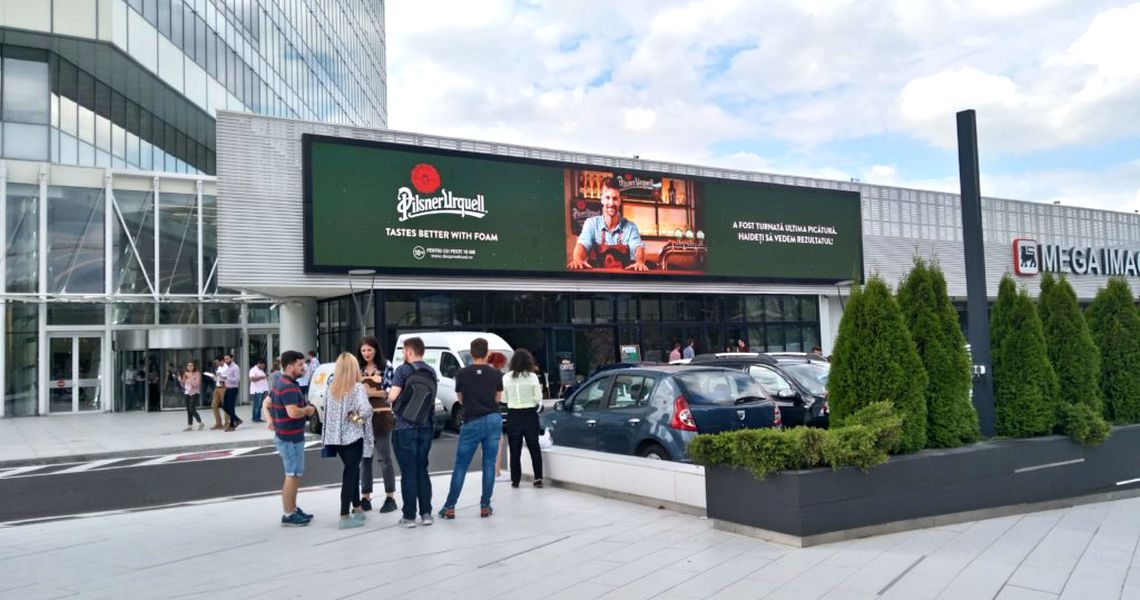 In the US, according to eMarketer and quoted by John Koetsier for Forbes, mobile advertising was to drive 75 percent of all digital adspend in 2018, while mobile adspend was predicted to grow 20 percent to over USD 70 billion. Moreover, according to the Interactive Advertising Bureau (IAB), in 2017 mobile video ads were up by 65 percent from the same period in 2016, notching up USD 2.6 billion in revenue. And players say the local industry is not too far behind the global leaders.

Global mobile advertising spending has grown from USD 19 billion in 2013 to USD 133 billion in 2017. The fastest rise took place in 2013, 2014, when year-over-year mobile adspend jumped more than 100 percent. This year it’s projected that companies will collectively spend USD 166 billion, roughly 25 percent up on the previous year.

Chinese businesses rank behind only their US counterparts in terms of spending on mobile ads. Given the data from the App Annie 2017 Retrospective recent white paper that puts China as the number one country in terms of mobile app revenue, it’s only a matter of time until it surpasses the US in mobile adspend as well. China is followed by the UK, Japan, Germany, South Korea, Canada, Australia, France and the Netherlands.

“For the last ten years the mobile app industry has been under the control of the Apple – Google duopoly; for mobile advertising there is another duopoly of Google and Facebook. In 2016 US digital tech giants and smaller companies generated about USD 47 billion, 31.5 percent of which belonged to Google and 22.5 percent to Facebook. In 2017 Google gained about 1 percent and Facebook grew faster at over 2 percent, reaching 32.4 percent and 24.6 percent respectively. All other companies on the chart had, have and are projected to post less than two digits in the future. According to the forecast, by 2019 US mobile advertising revenue will reach USD 82 billion, almost double the 2016 number, with Google having almost 34 percent of the total and Facebook around 27 percent,” reported BusinessofApps.com. 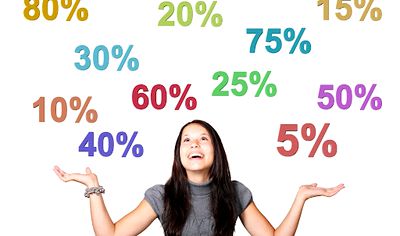 At the same time, stonetemple.com says that in 2017, mobile accounted for 59.9 percent of all internet traffic. The share for desktop was just 40.1 percent. So the proportion of mobile traffic is expected to grow even more in 2018. Mobile is also expected to be the faster-growing advertising channel, on each of the digital formats.

But how is the situation in Romania? In 2018 more and more creative apps took over the market, both for CSR and sustainability purposes, and for brands, both big and small. Pilsner Urquell, along with the project for the recruitment of the first tapster in Romania, launched a consumer education innovation regarding the right way to serve a beer. For two weeks, Bucharest drinkers could learn, through an app, how to pour a perfect pint of beer, with the help of their mobile phone.

“The application was part of a bigger campaign that targeted both HoReCa and final consumers. It was an important element of the campaign, really involving them in the Pilsner Urquell experience, through the interactive component,” said Georgiana Bercu, brand manager for Pilsner Urquell & Grolsch. The brand’s team worked with the agency Kubis for several months from the idea of creating an app to the end result. After the design was finished, it was a challenge to find the technical solutions for the app’s implementation, as outdoor display options on the market are currently limited.

“At the basis of the app was WebSocket technology. We are referring to a pairing between an interactive OOH and each person’s phone. Once in the OOH’s proximity the person was shown how to connect to the big screen with their mobile phone, accessing a URL. Then, the phone became the joystick and from the phone’s screen one could control a tap and choose how much beer or how much foam to pour into the pint. At the end of the process, the result appeared on the big screen,” explained Talida Cristea, client service director at Kubis Interactive.

Mobile apps also have more serious uses. This autumn, Greenpeace Romania launched Forest Guardians, a mobile app that allows users to get actively involved in the protection of forests, especially virgin ones, by identifying illegal logging and reporting it to the authorities. The app was developed with the help of MReady and is available in the Google Play Store and the AppStore, for free download.

“Greenpeace Romania takes action by identifying and protecting virgin and semi-virgin forests, the most valuable forests in the country and part of our history and cultural identity. These forests, which we’ve called the Secular Land, are the result of thousands of years of evolution and are in danger of being destroyed by a lack of responsibility and respect for their value. Despite environmental NGOs’ efforts and pressure from civil society in recent years, the Ministry of Environment and Water, the authority responsible for the protection of the virgin forests, has not made an inventory of them, so nobody knows exactly how many and where they are,” said Ciprian Galusca, coordinator of Greenpeace Romania’s forests’ campaign.

Cora Diaconescu, head of digital at Tribal Worldwide, believes that mobile apps can influence a lot of things for the better, even happiness levels in certain cities or countries. One of her favorite “country changing” apps is Forest Inspector – a Romanian app where citizens can check on their mobile phone whether a log transport is legal or not, by entering the registration number of the car carrying the wood. “Another app that can really make a difference is Civic Alert. It is a free mobile app that helps citizens notify local authorities of problems in their public space through three simple steps: photo, geo-location to record the address, and categorizing the issue: vandalism, trash, road problems etc. These are the type of apps that can really be of use to citizens and help them help the authorities to react faster and in a more transparent way than ever before,” said Diaconescu.

Another type of app, Monday is a platform that gives users access to a community of health experts within nutrition, physical activity and lifestyle coaching to help them achieve their health goals. Its mission is to help people live a healthy lifestyle, constantly offering new solutions through which users can live the life of which they have dreamed. “Previously someone who went to the gym, had a protein shake and ate a steady meal afterwards was considered to be living an optimum lifestyle. But things are changing rapidly and there is a new health revolution that has given rise to health coaching, which is the fastest growing career in the US right now. But despite health coaches’ knowledge and passion, they are limited to face-to-face consultations or online programs delivered over e-mail, Skype and blogs and writing a book is the most scalable tool for them. It is this problem we set out to solve with Monday – to give health coaches and experts a tool to scale their knowledge and passion and for the end user to get access to world renowned experts. We had the idea for about three years and from the time we decided to execute it until the current version of the service it took one year. But this is just a first version that was created to validate the idea in a test market which was Romania. We have now validated the model in Romania and we are currently working to launch it internationally by attracting international experts as well as continuously adding new features,” said Mikael Fredholm, co-owner of Monday.

How might this app change its target’s lives for the better? According to Sorina Fredholm, it helps practitioners of the fastest growing occupation in the US to scale their business. And it helps people get access to cutting edge, world renowned experts, which today is only possible by buying a book or paying very expensive consultation fees. Combined, it creates a ripple effect that will tackle the biggest problem we have today, which is living a poor lifestyle.

To free, or not to free

“We can identify a certain positive shift regarding the openness of Romanian clients towards launching mobile apps, but still, there are some cost limitations that hinder the development of more commercial mobile apps. Most of the time it is more difficult to design and launch an app than a mobile website; therefore when it comes to commercial campaigns that cover a finite period, it is more cost and time effective and also recommended to launch websites, either responsive or mobile websites exclusively. Mobile apps involve a long-term strategy with long-term objectives, while mobile sites have fewer limitations, can be developed faster and therefore are a more suitable choice for short-term strategies and specific, short-term commercial objectives,” said Diaconescu of Tribal Worldwide.

What about the never-ending question of free apps and the importance of in-app purchases’? In Fredholm’s opinion, nothing is ever free and it’s a misconception that just because a service is delivered through a mobile application it is or should be free. You either pay for it by giving your personal data or you pay money for it because you think the service is worth that money. “But of course it can contain a free trial or offer limited services for free, just the same way that it is free to go into a bookstore and flip through the pages of a book. In our case we offer a free trial for the first three days of any plan, which gives the user a very good idea if this service is something for them.”

In turn, the Tribal Worldwide representative says that brand apps should be free all the way: they are meant to be used as a new channel of communication and brand experience with customers and potential customers; therefore they should be accessible to anyone, anytime. “Mobile apps that are brands or products themselves should first focus on being free until they reach a certain amount of popularity and afterwards, if needed, focus on selling in-app media or limiting access by in-app purchases. The exact points where the free zone ends and the media or purchase zone begins can differ very much from a game mobile app to a content mobile app,” added Diaconescu.

When it comes to where Romania’s mobile app industry is compared to other countries, Diaconescu admits that we are still a few steps behind, but not too far behind, and catching up fast. Therefore, in order to predict how the industry will look in a few years, it is sufficient to analyze countries like Great Britain, the USA and further ahead Japan. Locally developed apps will multiply; most of them will make people’s lives easier (utility-centric) in various ways, while others will focus on making people’s lives happier (entertainment-centric).

Marketing, social media and branding in the Metaverse era with expert Zoe Marais