Bloomberg: How Mobike turned into a USD 3 bln start-up from a crazy idea 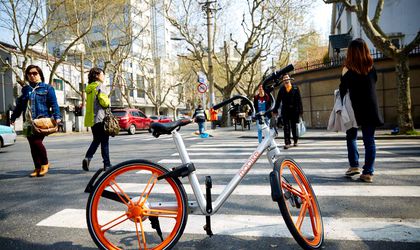 Bloomberg published a story about Mobike, the Chinese bike-sharing start-up, that was sold to Food delivery giant Meituan Dianping.

The deal saw the start-up’s value soar to USD 3.4 billion.

“Mobike’s unlikely tale began in 2015 when Hu’s team worked out of an office next to their building’s communal toilet. Along with co-founders such as Davis Wang, she hatched the idea of pooling bicycles — long associated with Communist China’s industrial boom — to help harried urbanites glide through worsening congestion. Around that time, a bunch of college kids led by Dai Wei were experimenting on-campus with the same idea, eventually creating Ofo — now Mobike’s biggest rival,” wrote journalists at Bloomberg.