Vodafone, the global leader in IoT with 80.9 million connections, today announced the findings of its latest IoT Barometer. Surveying 1,758 businesses worldwide, the Barometer finds that more than a third (34 percent) of businesses now use IoT and that 70 percent of these adopters have moved beyond pilot stage, while 95 percent of adopters are seeing the benefits of investment in this technology as it moves into the mainstream. Also, 74 percent of businesses that use IoT say that non-adopters will have fallen behind rivals within five years.

While use cases for IoT are varied, ranging from medical exoskeletons to connected tyres, the research has found that IoT impacts businesses regardless of size and sector. Sixty per cent of businesses that use IoT agree that it has either completely disrupted their industry or will do so in the next five years. Eighty-four per cent of adopters report growing confidence in IoT, with 83 percent enlarging the scale of deployments to take advantage of full benefits.

The most advanced companies also saw the greatest return on investment in IoT. Eighty-seven percent of those in the top level reported significant returns or benefits from IoT, compared to just 17 percent in the “beginner’s” level. These benefits breed increasing reliance on IoT. Seventy-six per cent of adopters say IoT is mission-critical. Some are even finding it hard to imagine business without it — 8 percent of adopters say their “entire business depends on IoT”.

Looking to the future, new technology will continue to power the performance of IoT. Over half (52 percent) of adopters plan to use 5G, which promises to support higher volumes of data, increase reliability and offer near-zero latency. Combined with mobile edge computing, which will process application traffic closer to the network edge, users can expect better performance, less risk and faster data speeds.

In Romania, Vodafone has implemented IoT solutions for companies in areas such as retail, energy and utilities, automotive, transport and logistics. In 2018, the company has launched the first live NB-IoT network in Romania with a country-wide coverage, prepared to provide its enterprise customers the possibility to develop and implement a wide range of solutions and applications to improve their business processes. 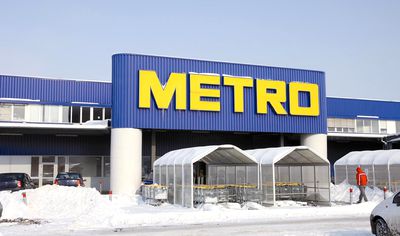 “Since the last IoT Barometer, we’ve seen an increase of the IoT adoption in Romania as more and more companies are realising the importance of our cost-effective customizable solutions. Vodafone Romania continues to enrich its IoT solution portfolio in order to efficiently respond to market’s needs and to improve our customers’ competitiveness and performance”, stated Eduard Cucu, High Corporate Sales director, Vodafone Romania.

Readiness for the future and opportunities to grow will be shared to move...