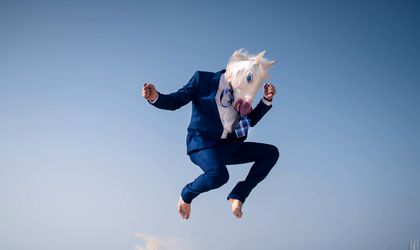 Romanian founders must be better promoted through private and public partnership in order to develop the tech ecosystem by supporting the global or regional expansion of software companies. What can the Romanian government and the business environment do to strengthen the marketing can help companies grow? I will analyze a series of proposals launched by the business environment for 2021.

Let’s analyze a series of ideas that come from two of the strongest local business organizations: CNIPMMR and ANIS, which proposes as a national objective the launch of at least 5 unicorns (companies valued at at least 1 billion dollars).

As a “marketing director”, the Romanian government can support the opening of subsidiaries of Romanian companies in foreign markets through several measures, and one of them proposed by entrepreneurs in the ANIS community is to provide legislative and logistical support through economic sections of embassies, where access to be open and transparent. Indeed, from their own experience, tech companies with global potential and Romanian exporters deplore the poor state of Romania’s economic diplomacy, which they see decoupled from the realities of the business environment. Many Romanian entrepreneurs admire markets like Poland or the Netherlands when it comes to the policy of promoting local products and services and deplore the state of economic diplomacy, i.e. the “marketing director” who can help companies promote themselves better.

What is the solution? At government level, the professionalisation of economic advisers in embassies. On the other hand, it is necessary to involve the Romanian business environment, which no longer trusts the authorities in the diplomatic area. And the objectives should be clearly defined: the modernisation and professionalisation of the network of economic attachés of Romania, by creating “Romania Tech Nation embassies”, as well proposed by the SME community in our country.

Low interest financing programs for access to other markets

The tech entrepreneurs also desire the launch of programs for granting loans with very low interest rates for access to other markets and for non-reimbursable co-financing of certain categories of expenses related to the establishment and operation of Romanian subsidiaries in other markets. The idea is good, but, personally, I see a barrier: from the perspective of the logic of state aid, you will not be able to separate Romanian companies from multinationals, so this government measure can benefit those foreign companies that will simply be eligible to access both loans with lower interest rates and the financing of expenditures on foreign markets, which are in fact the countries of origin of foreign companies in Romania.

The same problem occurs in the case of investments (participation in shareholders) in partnerships with Romanian private software companies, in subsidiaries opened in other countries.

An applicable proposal is the implementation of the internationalisation program – Export Romania, but the value proposed by the business environment, amounting to 100 million euros / year, may seem discouraging in the context of the economic crisis generated by the Covid-19 pandemic. The idea is good, because it acts in three key areas of international promotion, with emphasis on the real needs of Romanian companies: education, financing and fairs / economic missions. This program must be implemented with one condition: participation at fairs must be individual for companies, through business organisations or “under the national flag”.

Government representatives can, in fact, be the best “marketers” of Romanian entrepreneurship in foreign markets, so the following condition is necessary: ​​no government official can participate in a working economic visit abroad, without a delegation of business representatives.