Magurele laser project to attract researchers from around the world 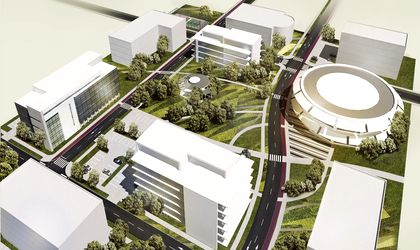 The completion of the work on the ELI-NP (Extreme Light Infrastructure – Nuclear Physics) project, which involves the installation of the world’s most powerful laser in Magurele (Ilfov County) and its inclusion in a technical-scientific park, will lead to the creation of an international scientific research center and it will attract numerous high tech firms, according to Ziarul Financiar.

“It is possible to create the conditions for an efficient technological transfer process,” says academician Nicolae Zamfir, the general manager of the Horia Hulubei National Institute of Research and Development in Physics and Nuclear Engineering (IFIN-HH), and project director for ELI-NP.

The ELI-NP project is the largest investment in research in Romania after 1990, with a value of over EUR 300 million. ELI’s development began in 2007 and marked an almost historic shift of attention to Central and Eastern Europe when it was decided that the European Union would financially support three lasers located in the Czech Republic, Romania and Hungary. In Magurele, Romania, a town with less than 10,000 inhabitants, the largest laser in the world will be built. The works are due to be completed in 2020.

“Currently, the ELI-NP team counts over 150 researchers and support from Romania and 27 other countries. We are in a continuous process of evaluation and employment so that by the end of the implementation more than 100 researchers, engineers and technicians will be employed,” says Zamfir.

At the same time, the Science Park project was launched this summer with the goal of attracting high-tech firms that usually revolve around research institutes.

The Magurele Science Park project will span 5 hectares – targeting a final area of 16 hectares – with a budget of EUR 17.5 million, of which EUR 2 million have recently been obtained in European funding.