Focus on Blockchain conference – Adam Dorfman (If When Then): “Like the internet enabled everyone to become a journalist, the global token marketplace will enable anyone to become an investor” 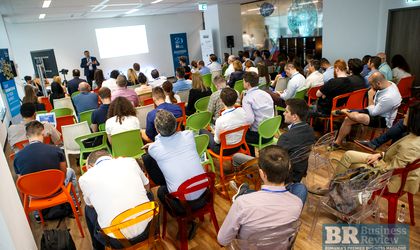 Reflecting Business Review’s strong focus on technology, the first event dedicated to blockchain, kicks off in Bucharest, at Impact Hub. A meeting platform for developers and investors, it brings together local and international speakers involved in the global blockchain community.

What are the laws and regulations developing around blockchain technology in Europe?
Is regulation possible when applied to a decentralized network like a public blockchain?

A big challenge to regulating blockchain is GDPR – the super legislation for the internet – there’s a big problem because the blockchain is decentralized and the legislation is based on the assumption that there’s always a central entity responsible for processing data and making sure that all the rights of the data subjects are being preserved – but you don’t have that with blockchain. There are thousands of miners processing the data (assuming there’s personal data on there) – who is the data controller? Either it’s everyone, all the miners, or it’s no one! If it’s no one, how can we apply GDPR? If it’s everyone, who’s actually liable?

The Future Of (part I)

Adam Dorfman – Founder | If When Then – The Future of Work: Going Beyond Blockchain