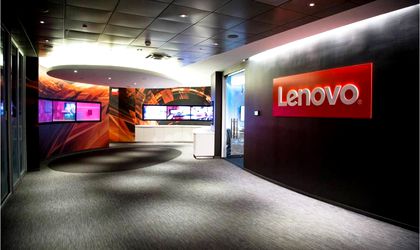 “Last quarter, we resumed double-digit revenue growth with strong profitability improvement year-on-year, closing the fiscal year with a strong momentum and proving that Lenovo has truly entered a new phase of growth,” said Yang Yuanqing, Lenovo Chairman and CEO. “Lenovo’s vision has long been to become a global leader in intelligent transformation. We will focus on building competitiveness in Smart IoT devices, data center infrastructure and vertical intelligent solution, and we are well positioned to take advantage of smart IoT and intelligence era.”

During the quarter Lenovo also announced the integration of its Personal Computer and Smart Devices Group with its Mobile Business Group, creating the Intelligent Devices Group (IDG). This new group will further fast-track the company’s innovation leadership and ambitions for growth across the full spectrum of smart devices.  This new structure will create a number of efficiencies by leveraging shared global supply chain and services. IDG will also accelerate Lenovo innovation as communications and computing technologies come together under a single platform to better connect devices, users, applications and content.

Read more about
Vienna Insurance Group premiums up by 2.4 percent in the first half of 2020
read more

PC and Smart Devices (PCSD) business group:  During the fourth quarter, PCSD posted strong revenue growth of 16 percent compared to the same period a year earlier. For the year, PCSD reported an 8 percent increase in revenue, and remained the world’s #1 PC and Tablet maker, with market share growing 0.2 points to 15.6 percent globally. Additionally:

Data Center Group (DCG): The Data Center group is well positioned to provide the infrastructure for the smart IoT era and continues to be a significant growth business for Lenovo.  The group’s financial performance serves as a tangible proof point that the DCG strategy is yielding significant results:

Mobile Business Group (MBG): During the quarter MBG moved with urgency to reshape the business for future growth and to accelerate progress toward profitability. This included the appointment of Sergio Buniac to lead the business outside of China; a realignment of the product portfolio ahead of forthcoming launches; overall channel inventory reduction, and a strategic market review to identify the opportunities for most profitable growth.