Launching CLAPART, the first Romanian blockchain project that makes it possible for the public to invest in the works of their favorite artists and creators 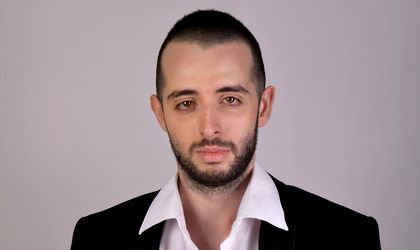 CLAPART is the first Romanian project to bring blockchain technology and cryptocurrencies to the media & entertainment market, through a decentralized ecosystem where artists would directly address the public for investment in the development and promotion of their work, and fans they would directly invest in artists’ and creators’ projects in exchange for royalties. Thus, the financing, production and appreciation of a work become a common experience for creators and fans, who will have the opportunity to become partners with their favorite artists.

CLAPART is a social innovation project that involves, on the one hand, launching an online platform for all creators: from musicians to actors and programmers, visual artists, writers and poets, gamers or designers, influencers and NFT creators, who will thus have the opportunity to launch their new projects for public support, with the aim of producing their own works and having full control over their artistic expression, without compromises.

On the other hand, along with creators, people from all over the world are expected on the CLAPART platform: fans and art lovers, investors and managers, all of whom will be able to invest in any artististic/creative project and then co-share the financial benefits resulting from the success of the work. Thus, based on a unique Royalty Share Token (RST) protocol, artistic content creators can easily use their own token through which their work is practically funded by the fan community. All those who have invested will automatically benefit from royalties, amounts from the copyright related to the work, distributed in the form of cryptocurrencies, in the platform’s native currency.

Currently, the CLAPART project is in the implementation phase, the main elements of innovation having already been developed. The launch of the CLAPART platform is scheduled for this fall.

“The idea of CLAPART came to me based on my experience as an artist and producer, but also as a fan of some extraordinary artists that I appreciate. I tried to understand why the creators, regardless of the art in which their creation is manifested, could not address the fans directly to be supported by them to launch and promote their work. And because I didn’t find any valid reason – other than that it never worked, I realized that the idea of this partnership between creators and fans is rather a dream come true for everyone in this industry. I am convinced that the relationship between creators and fans as we know it today will never be the same and I thank my team, the already confirmed artists and the investors who have supported this project so far. CLAPART is the project of my life and I am extremely happy to be able to share it with the general public today,” stated Tudor Fornea, Chief Executive Officer of CLAPART.

With a management team of 15 specialists who combine experience and top expertise in key areas of business, the CLAPART project has already been valued in the first quarter of this year at $ 50 million by successfully completing a private round of seed round in which Romanian business angels and an international investment fund participated. On June 1, CLAPART opens the first round of public funding addressed mainly to the Romanian public, directly on the project’s website www.clapart.com  .

At the same time, in just a few months since its launch, CLAPART already brings together over 200 confirmed creators and the first 20 famous ambassadors of the project, well-known names in the Romanian entertainment industry, including: Cătălina Ponor, Smiley, Lora, Connect- R, Speak or Antonio Pican.

The disruptive idea of ​​the project is validated by a recent online survey conducted by the research company Novel Research, using a statistically significant sample of urban respondents aged 18-45, in terms of sex, age and region (according to INS). Thus, according to this study, 1 in 2 respondents consider investing with artists or creators to be attractive.

From a technical point of view, the CLAPART platform uses blockchain technology being built on Binance Smart Chain (BSC), based on a Romanian-American partnership, by our technical partner Beyond Entreprizes, one of the most important companies with integrated services for blockchain projects, with over 60 such projects successfully implemented worldwide.