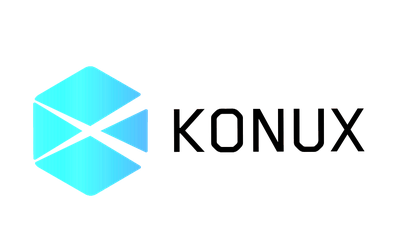 Named one of the most innovative scale-ups worldwide by the World Economic Forum, Konux combines smart sensors and AI-based analytics to enable higher train punctuality and network capacity through predictive maintenance planning and an optimized utilization of railroads.

In the past, the organization has also secured investments from New Enterprise Associates (NEA), Alibaba Group, Upbeat Ventures, MIG AG, and Andy Bechtolsheim. It raised EUR 11.5 million as an extension of its Series B round, bringing the total amount raised in the round since last year to EUR 29 million, and the total raised to date by the startup to EUR 44 million.

Final terms of the investment were followed by a close-set meeting wherein, Rajat Khare, the founder of Boundary Holding and Andreas Kunze met in London and Zurich to discuss terms, investment scope and the potential of partnership. The synergy between the founders, their thoughts and expectations set the stage for the investment. Furthermore, Rajat Khare was enthused by Andreas’ commitment, dedication and pragmatic humility, which he found to be akin to his outlook.

With the investment, Boundary Holding has forayed into the Industrial IoT industry, which currently holds immense potential for AI-based critical infrastructure overhaul, including changes to its transport, utility and logistics systems.

The investment aligns with Boundary Holding’s versatile AI portfolio, its proclivity towards investing in AI-based critical infrastructure and next-gen technologies, related to railway analytics and predictive maintenance. It is also in accord with a global investment trend in Industrial IoT, wherein several organizations are betting on IoT to revamp conventional industries and markets.

In addition to Konux’s recent addition, Boundary Holding has also invested in AI and Analytics startups across different continents.

“We are very glad to invest in Konux and add it to our portfolio of investments. Apart from being a rather promising endeavour, Konux and Andreas’ vision and passion are aligned with Boundary Holding’s core values and what we ourselves greatly respect and espouse. The synergy, thus exists on both the professional and personal front. The investment is bound to create a definitive, long-lasting, and fecund association,” stated Rajat Khare.

Post the strategic Series B investment round, Konux is expected to foray into international markets and optimize railway networks both in Europe and around the world, particularly in railway dense regions, like Asia, South East Asia and India among several other regions ripe for Smart Railway.