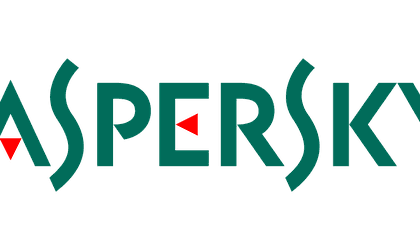 Kaspersky Lab continued to grow steadily in 2018 and increased its unaudited global IFRS revenue to a total of USD 726 million, up by 4 percent. Over the course of a year with fluctuating market conditions and continued geopolitical pressure, the company managed to deliver good results due to the trust of its customers and partners in the company and its solutions and services.

Among the strategic business areas that led to the growth of Kaspersky Lab in 2018 were the digital one and the Enterprise segment. The company recorded an increase in digital sales (+4 percent) and a significant increase of 16 percent on the big business segment, with non-endpoint products and services registering a plus of 55 percent. Overall, the company has achieved good results in these areas of business because it has some of the best products and services in the industry as well as new solutions and technologies that prevent, detect and take action on the most complex cyber threats.

“2018 was a crucial year for us. After all the unfounded challenges and accusations we faced in 2017, we have assumed the responsibility to show that our society and people deserve the trust of our partners and customers and also to continue to clearly demonstrate our leadership. Continued positive financial results are proof of this, demonstrating that users prefer the best products and services on the market and supports our principle of protecting against any cyber attacks, regardless of their origin,” said Eugene Kaspersky, CEO of Kaspersky Lab.

Overall, strong performance has contributed to the company’s performance, particularly in the META (Middle East Turkey Africa: + 27 percent) area, as well as in other regions such as Russia, Central Asia and the CIS (+ 6 percent), APAC (+6 percent) and Europe (+6 percent), while in Latin America there was a slowdown (-11 percent) mainly due to currency devaluation in the region.

The provocative geopolitical situation has led to a slowdown in the North American market, where sales have fallen by 25 percent. In spite of these challenges, Kaspersky Lab has maintained and developed its presence on the market, with an 8 percent increase in sales of new digital licenses.

In 2018, Kaspersky Lab continued to develop its global transparency initiative by implementing several important steps. Thus, the company began relocating its IT infrastructure to Switzerland and opened the first Transparency Center in Zurich. Kaspersky Lab has also implemented an audit of one of the four major global audit firms, the company’s engineering processes related to the creation and distribution of threat detection databases. Today’s ultra-connected world landscape requires greater transparency from organizations and this unique initiative demonstrates Kaspersky Lab’s clear commitment to ensuring the integrity and reliability of its solutions at the service of its customers.