Women change their career to IT on average at 29.8 years and predominate in specializations such as Business Analysis, UX Design, Database Development, and Software Testing 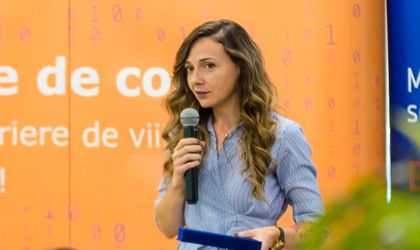 Women want to embrace an IT profession on average at the age of 29.8 years and predominate in specializations such as Business Analysis, UX Design, Database Development, and Software Testing, according to a study conducted on the training organized between 2015 and 2020 by Școala informală de IT (SIIT), one of the most influential brands of non-formal education in the IT industry in Romania.

Approximately 40% (around 3,000 people) of the students that Școala informală de IT had between 2015-2020 were women. If women change to a career in technology on average at 29.8 years, men make this shift on average at 28.1 years.

“We could say that women predominate in those pieces of training where creativity is needed and the customer relationship is higher. Women want a career in IT because it is an environment where family is a priority, and working from home was common even before the pandemic. At the same time, the days off often needed by mothers are not a problem. They are also treated equally with men and many women are encouraged by their families to make this change. Women who change their profession focusing on IT come from all fields. Still, we see a slight increase in segments such as banking and accounting”, says Ioana Blaga, program manager of Școala informală de IT.

At the end of 2018, in Romania, 175,000 people were working in information and communications, of which 70,000 were women, according to data from Institutul Național de Statistică (The National Institute of Statistics).

In general, SIIT students manage to obtain a junior position in IT after about four to seven months of attending school. Some students also participate in introductory courses (lasting two months), while others only take preparatory courses (about four months).

“If a person did not have any IT knowledge before making the career change, he can also attend the introductory courses in IT. In this case, getting a job can take between seven months and a year from the classes’ start. It is a normal process; the same period is required for both women and men. Sometimes women have more patience, are more persevering, and attentive to details which helps them find a job faster. The employment period starts from the last month of the course and can last up to about six months after its completion. This is often true of those who graduate from college. It also takes longer when we talk about people with a high level of experience in other fields, who had a higher position than the entry-level one”, explains Ioana Blaga.