Sypher, the Romanian startup that developed the GDPR virtual assistant launches a campaign on SeedBlink 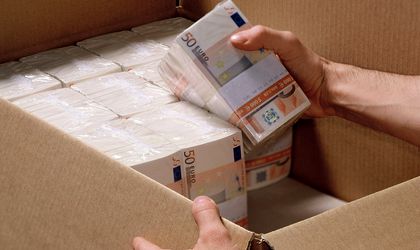 Sypher, the local startup that developed the GDPR virtual assistant – a software platform that helps companies in the GDPR compliance process – is launching a funding campaign on SeedBlink on September 7th. The investment round is led by Sparking Capital with 225,000 euros, as the main investor.

Sypher was founded in 2017 by Cristian Badea and Mihai Ghiță, both professionals with over 20 years of experience in the software and payments industry. Cristian Badea was a co-founder and CIO of Avangate, one of the most successful payment software companies, that was taken over by Francisco Partners in 2013. Previously, together with Mihai Ghiță, Cristian Badea helped ePayment, one of the first online payment processors in Romania, to reach the first position in the local market, an advantageous place for its acquisition by Naspers in 2010.

Through SeedBlink, the company aims to raise 325,000 euros from investors, with deal tickets starting at 2,500 euros. This is the second investment round for Sypher, after the one in November 2018, when the startup received a 300,000 euros financing.

“Although three years already passed since the Data Protection Regulation entered into force, compliance with GDPR requirements is still a challenge for companies. Compliance teams are usually undersized and overwhelmed, lack the tools to streamline their work, and spend a lot of time collecting and organizing data” said Mihai Ghiță, co-founder of Sypher. 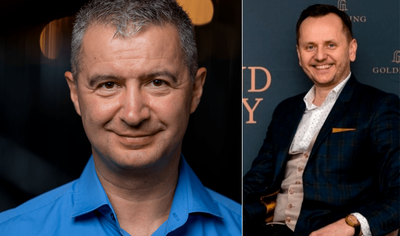 Read more about
The investment platform SeedBlink and Goldring, in a partnership for tech startups gain access to BSE’s investor community
read more

Sypher helps Data Protection Officers to collect and organize data through automation, gain an overview of progress and areas that need their attention, and manage the GDPR compliance analysis, documentation, and periodic review process, in order to avoid the risk of potential fines and negative publicity for their organization.

“We decided to invest in Sypher because we met founders with significant experience, who convinced us they genuinely understand the field in which they operate. Cristian Badea and Mihai Ghiță are able to transform Sypher into one of the market leaders in Europe. We want to support them in this journey and to contribute to one of the success stories of a local technology product that already serves several well-known customers in Romania and abroad. The funds raised will allow them to invest in acquiring new customers and significantly increase their revenues.” says Vlad Sarca, Partner of Sparking Capital.

The company aims to further expand into the international market, focusing on organizations that are required to appoint a Data Protection Officer (DPO), and future plans include developing the platform with new features to address other aspects of GDPR compliance.

“We are currently active in the privacy management software market. Studies show that in Europe alone there are over 500,000 companies that have a DPO appointed and we estimate that over 70% of them don’t have a specialized software solution yet, therefore the growth potential is significant. Next year, we will also begin the transition to a much larger, growing market: governance, risk management and compliance software” added the co-founder of Sypher.

Within the next 12 months, Sypher aims to triple the number of companies on the platform and attract new customers from Germany, France, United Kingdom, Central, and Eastern Europe. Currently the the platform is used by over 100 companies from Romania, France, Luxembourg, Poland, Bulgaria, and Hungary.

CaptainBook.io, a B2B marketplace for travel experiences, has raised € 250,000 on SeedBlink