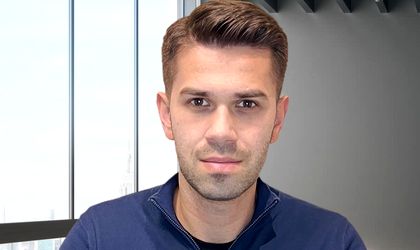 OVES Enterprise, a software development company from Cluj, opens in Munich, Germany, its first office abroad, as part of the international expansion strategy which aims that the company to be present in 5 countries by the end of the year: Germany, USA, United Arab Emirates, United Kingdom and Spain.

The expansion in Germany is due to the need to strengthen existing customer relations and to promote OVES Enterprise services in the German-speaking markets from the DACH region (Germany, Austria, Switzerland).

“Currently, we have 20 clients outside Romania, 10 of them being in Germany. Hence the desire to set up an OVES Enterprise office in Munich. Also, 80% of last year’s turnover was generated by businesses from abroad, and with the international expansion we estimate that the share will be increased to 95%”, says Mihai Filip, CEO of OVES Enterprise.

“We are seeing an exponential increase in global demand for digital products. We believe that the efforts made in previous years, as well as the investments in team growth – last year alone we allocated 1 million euro in resources and team growth, along with the high level of trust from existing customers allowed us to take advantage of this huge global demand of digital services and products and, thus, accelerate our business beyond initial estimates”.

OVES Enterprise’s development plans for this year also include doubling the number of employees to support the company’s expansion on the international market and engaging in increasingly complex projects. Thus, from 68 members in 2021, the team will reach 130 by the end of 2022. Most OVES Enterprise employees are software developers with over 10 years of experience, very diverse technological expertise and extensive coverage of the industries they previously worked.

Currently, most of the OVES Enterprise business is generated by team / staff augmentation services, given that the company has a team of consultants specializing in the most important enterprise technologies: Java, .net, Python, Big Data and Front End (Angular, React etc).

“In the last two years, our client portfolio has grown and diversified with larger companies in industries such as automotive and fintech, and the projects we deliver for them are more sophisticated, integrating new technologies in the field of artificial intelligence and big data. For the current year, our plan is to strengthen the internal sales and execution capabilities of the projects, and to benefit even more from the ISO9001 and IS027001 certifications, attracting customers with more sophisticated needs and more complex development projects, thus highlighting the team”, says Mihai Filip.

OVES Enterprise is a Romanian software development company, founded in 2015 in Cluj-Napoca. Starting with 2019, OVES strategy included offering more complex software development services for projects in industries like automotive, eCommerce, fintech, telecom, international government institutions, etc., the company becoming a technological partner for complex and technologically sophisticated projects. Currently, 80% of the company’s turnover is generated by projects outside Romania, which integrate new technologies in the field of artificial intelligence and big data. OVES Enterprise currently has 71 employees and offices in Romania and Germany.