MerchantPro: Black Friday and Cyber Monday, the 13th month of the year 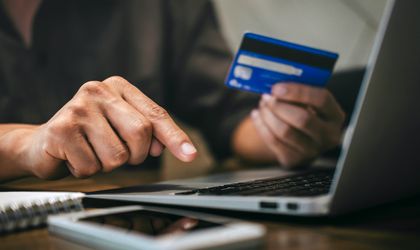 The over 1,500 online stores operating on MerchantPro, the Romanian SaaS e-commerce platform, reported increases of almost 50 percent in sales value between November 13-16, the extended weekend dedicated to the Black Friday and Cyber Monday campaigns. The increase for many of these stores equates to average one month-long sales.

The current context has reoriented the customers towards online shopping, but given the extended period of restrictions and the new buying behavior of Romanians, the year 2020 was marked by promotions and constant discounts for e-shops. Black Friday campaigns came on this trend marked by discounts, but the results show that they were not negatively influenced by previous promotions, on the contrary. Thus, in terms of sales value, between November 13-15 there were increases of 47 percent and 31 percent in the number of orders, compared to Black Friday 2019.

The figures recorded were slightly higher than our estimates, which were somewhere around 35% increase compared to last year. I noticed that the average value of orders also increased, which generated higher income for stores on the MerchantPro ecommerce platform. We were glad to see that the stores on the platform took measures in time to have an efficient flow.  For the stores having their first Black Friday, it was the ideal time to stand out, said Arthur Rădulescu, CEO of MerchantPro .

The positive dynamic continued on Monday, November 16, amid the fact that many stores chose to continue the promotions on this day as well. Some made a special promotion, respecting the tradition of American trade, going on new discounts marked Cyber Monday. However, most preferred to keep the existing campaign, Black Friday. Thus, the average increases were 44 percent in the number of orders, respectively 70 percent in the value of sales.

The most successful categories during Black Friday were IT, including various accessories, fashion, beauty, home & deco, but also care and cleaning products.

The trend will continue during the next period, marked by the winter holidays. MerchantPro’s recommendations for all merchants are to adapt their marketing strategy so as to keep their visibility in the obvious noise of upcoming promotions, aligning it with technical resources and a consistent flow of procedures, from order to delivery.