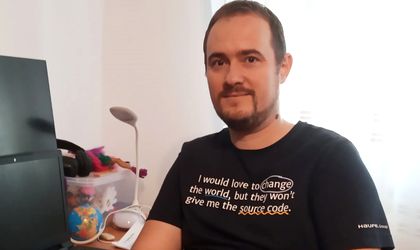 A junior Java developer can earn a net salary between 2,500-4,000 lei per month, while a senior can reach a monthly income of 15,000 lei, according to Școala informală de IT (SIIT), one of the most important brands of non-formal education in the IT industry in Romania. On the other hand, a mid-level Java developer can reach a net salary of about 7,000 lei net/per month.

What employers want to see at Java programmers

“Employers who recruit Java programmers want to see the acquisition of skills to program correctly and respecting the principles of object-oriented programming (OOP). They look for well-developed analytical thinking and the desire to learn new things. They want the person applying for a job to understand as much as possible of the ecosystem in which the position falls”, says Filip Fiat, site manager Școala informală de IT and Java Development mentor.

Școala informală de IT will launch the next Java Development course on May 18. The classes cost 1,350 euros (270 euros per month), last five months and take place over two meetings a week. 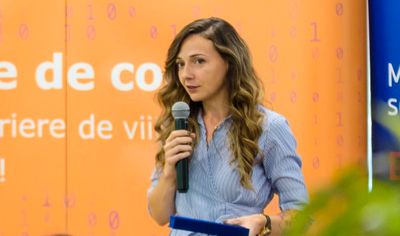 Read more about
Women change their career to IT on average at 29.8 years and predominate in specializations such as Business Analysis, UX Design, Database Development, and Software Testing
read more

To participate in the courses, candidates must apply online on scoalainformala.ro; then they are contacted by SIIT representatives to participate in a technical test and an interview.

The SIIT students are those especially passionate about IT. Those interested only in salaries, give up

“The participants in the course are generally people who want a job change, especially to do new things, but also people passionate about technology who have not had the chance to do IT since the beginning of their career. There are less people who want to learn IT just for the salary – the latter, although money is a good reason, generally, give up. The course lasts five months, but we often had students who have been employed since the last month of the classes. Therefore, a minimum time for a professional change would be four to five months and a maximum can reach eight to twelve if we add the two-month introductory course. Among SIIT graduates, 80% find a job in the field in the first year after graduation”, adds Filip Fiat.

Analytical thinking – a must

The graduates can apply for positions in IT companies, including languages ​​other than Java. These positions include beginner jobs in IT languages ​​such as Python, C++, NodeJS, Go.

“Positions you can access in the IT industry after a course at Școala informală de IT are obviously for beginners, but, based on the notions learned in the course, through continuous learning, you can easily access mid-level positions. You need to have time to learn, to want to learn and to have analytical thinking”, explains the SIIT representative.