Companies invest between 500-1,500 euros in IT courses per year / per employee 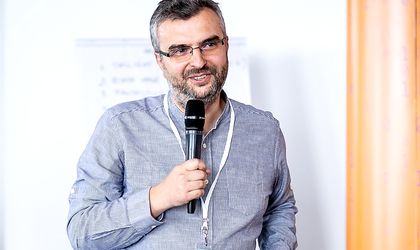 Școala Informală de IT (SIIT), one of the most influential brands of non-formal education in the IT industry, aims to consolidate in 2021 its segment of courses for employees in companies, amid growing demand for them, but also to consolidate its operations launched this year in the Republic of Moldova.

Școala Informală de IT was launched in 2013 by Grupul de Inițiativă pentru Educație Informală and became one of the most significant players in the local alternative IT education market. More than 5,500 people have graduated from the school in the seven years since its launch. Within the program, 125 collaborating mentors teach in seven urban centers of the country: Bucharest, Cluj-Napoca, Brașov, Timișoara, Iași, Sibiu, and Craiova.

The courses have focused over the years on the consumer segment. Still, as a result of increasing demand, from the end of 2019, the management has expanded in the area of ​​business to business courses by developing the Digital Stack division. Also, this year, the company launched its operations in the Republic of Moldova.

“This year has brought technology to the forefront and we expect this trend to continue, which will lead to an increase in the need for IT education. In the consumer segment, we estimate a growing demand for courses due to the desire for professional retraining, especially for those whose jobs have been affected by the pandemic or automation processes. In 2021 we will consolidate the business segment – a segment in which we have more and more requests. Companies buy IT courses due to the difficulty to recruit specialists, but also due to their need for employees to be updated”, says Mihai Talpoș, managing partner of Grupul de Inițiativă pentru Educație Informală.

According to SIIT estimates, the value of the alternative IT education market is about eight million euros and in 2021 it could increase by 15%.

“Some of the elements that generate the development of IT education market are: the changes in the labor market that cause many people to reconvert professionally, the acute shortage of IT specialists, the accelerated digitalization of most industries due to the pandemic, better access to certain categories of people with modern computing tools, but also Romania’s excellent fixed internet access infrastructure”, explains Mihai Talpoș.

Individual clients of Școala Informală de IT invest around 270 euros per month in their own IT training. The most popular courses at SIIT are Webfrontend Development, Introduction to IT, Software Testing, Java, and UI / UX. On the other hand, in the corporate segment, the most.

requested courses are those working with databases (SQL), Python, User Experience Design (UXD), Business Analyst (BA), Java programming, software frameworks. In general, companies invest between 500 and 1,500 euros per year for each trained employee. The companies that most often invest in IT training are those in fields such as IT, telecom, banking, retail, utilities.

The management expects that approximately 3,600 – 4,000 people will apply for the courses next year, more by 15% compared to 2020. Annually, about 40% of the students graduate and obtain their certification – thus, they can have a successful career in IT & Software. The courses are accredited nationally by the Autoritatea Națională pentru Calificări (ANC) and internationally (under the tutelage of PearsonVue).

Besides attracting corporate clients, another significant objective of Școala Informală de IT is to consolidate its activity in The Republic of Moldova, a market accessed this year. The management wants the school to become the most important provider of alternative education in IT in the Republic of Moldova, a status similar to that in Romania. Other important goals for 2021 are: increasing the share of clients returning to school for the second or third course and to develop the social responsibility programs Digital People, Code4Home, IT4Kids, and Digital Teacher.

“Recently, we have developed several CSR programs dedicated to digital education for children or teachers and we are glad that our courses have been particularly useful, especially in the context of online schooling. We have recently launched two more programs, both coming at an increasingly difficult time for the labor market. For example, Digital People is a program that we launched together with BCR Social Finance IFN SA to help retrain people who have difficulty in finding a job. On the other hand, Code4Home is a project that we proposed to the City Hall of Iași, to support Romanians in the diaspora to return to the country. Specifically, we offer them training to guide them towards a successful career in IT. This is a project that we would like to develop in 2021 in as many of the cities in which we are present”, adds Mihai Talpoș.

Starting from 2022, the company’s management wants to develop even more internationally and considers listing on the stock exchange.