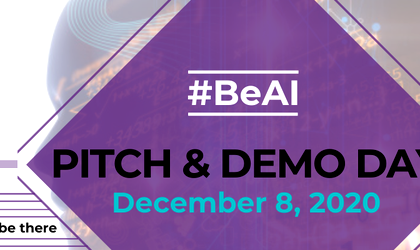 Bucharest.AI, the country’s first and largest artificial intelligence (AI) community together with the Romanian-American University (RAU) and the Finland Embassy, announce today the launch of Elements of AI Romania, an online Finnish crash course aiming to educate 1 percent of European citizens in the basics of AI. So far, the course has over 575,000 citizens enrolled in 170+ countries. The course is now available in Romanian at www.elementsofai.ro.

Elements of AI was originally launched in 2018 in English and Finnish with the aim of teaching 1% of the Finnish population on the basics of AI. At the end of 2019, as a legacy from the Presidency of the Council of the EU, the Finnish government decided to make the Elements of AI online course freely available to everyone. The course is to be translated into all official EU languages between 2020 -2021 with support from the European Commission. The initiative was also bakcked by the Technology Industries of Finland Centennial Foundation.

Elements of AI Romania will be officially launched in the evening of December 8, during the Pitch & Demo Day, the closing event of #BeAI, Europe’s AI pre-accelerator. The event will be live streamed on the Facebook and LinkedIn channels of Bucharest.AI.

“Education is a source of innovation, well-being and competitiveness of every nation”, says H.E. Mrs. Marjut Akola, Ambassador of Finland to Romania. “Artificial intelligence is already a part of our everyday life and it will have an increasingly bigger impact on people and companies. That is why we thought, in Finland, that everyone should have an opportunity to learn about what it is and how we can use it.”

The course was developed by the University of Helsinki in partnership with the technology company,  Reaktor Education. It has benefited from funding from the Finnish Government and, in only two years, half of million people aged 20 to 75 year-old and from all socio demographic groups have enrolled in the course, from business managers to unemployed, day care workers or dentists.

“When we understand the basic principles of AI methods, we will understand the opportunities and its limitations. That’s where Elements of AI comes in. We bring everyone into the conversation,” said Teemu Roos, Professor of Computer Science (Artificial Intelligence and Data Science), University of Helsinki. While there are many AI courses online, most of them require programming or extensive math skills, which leaves out the majority of the general population. By focusing on those most often left out of technology discussions, we have democratised access on a level unmatched by any Computer Science curriculum. Nearly 40% of participants are women, and over 25% are over the age of 45”.

Comprising six sections, the course sheds light on various aspects of AI, including definitions, neural networks, machine learning and societal implications. Each part should take from 5 to 10 hours to complete. The course does not require any programming skills and anyone can access it both in English as well as in the local Romanian language.

“The Romanian-American University is proud to represent Romania’s education sector in this partnership and encourage every student in the country to access the course and thus, upscale their skills before entering a rapidly-evolving labor market”, said Justina Lavinia Stănică, Lecturer PhD. within the Romanian-American University. ”Furthermore, Elements of AI explains the implications of AI in real everyday situations with interactive exercises, so that students can make informed decisions as workers, as voters, and as media and product consumers.”

From the private sector’s perspective, Elements of AI can help people actively look for new business opportunities and ways of improving the company’s current processes, in order to strengthen their competitive edge in the long run. Public sector staff and decision makers are also encouraged to take the course, as many countries across the world already use AI to design better policies, make better decisions, and enhance citizens engagement, and the speed and quality of public services.

“As AI’s going to impact every industry and individual, everyone should have equal access to the opportunity to understand what it really is and how we can use it,” said Ioana Irimia, co-founder of Bucharest.AI. “At Bucharest.AI, we mainly focus on supporting startups to better leverage the technology and compete with businesses at European level, but ultimately, our aim is to empower everyone in the private and public sector to use AI to shape a better future. Let’s take the fear out of AI and instead understand how we can use it to serve society best.”

“We launched Bucharest.AI back in 2017 to glue together pieces of a fragmented local AI ecosystem by bringing in the same room academia, researchers, startups, private sector and others. We delivered over 30 AI events, including workshops with international AI experts, general and technical discussions on AI trends and 1-2-1 business mentoring sessions to local entrepreneurs. This year we added to our portfolio the launch of the first AI pre-accelerator in Romania fully dedicated to AI, and one of the first such programs in the EU. We are honored to end the year by partnering with Reaktor Education, the Helsinki University, RAU and the Finland Embassy to Romania to bring Elements of AI to Romanians,” said Alexandea Petrus, co-founder of Bucharest.AI.