BR Analysis. The Industrial Revolution 4.0, the internet and the IT industry 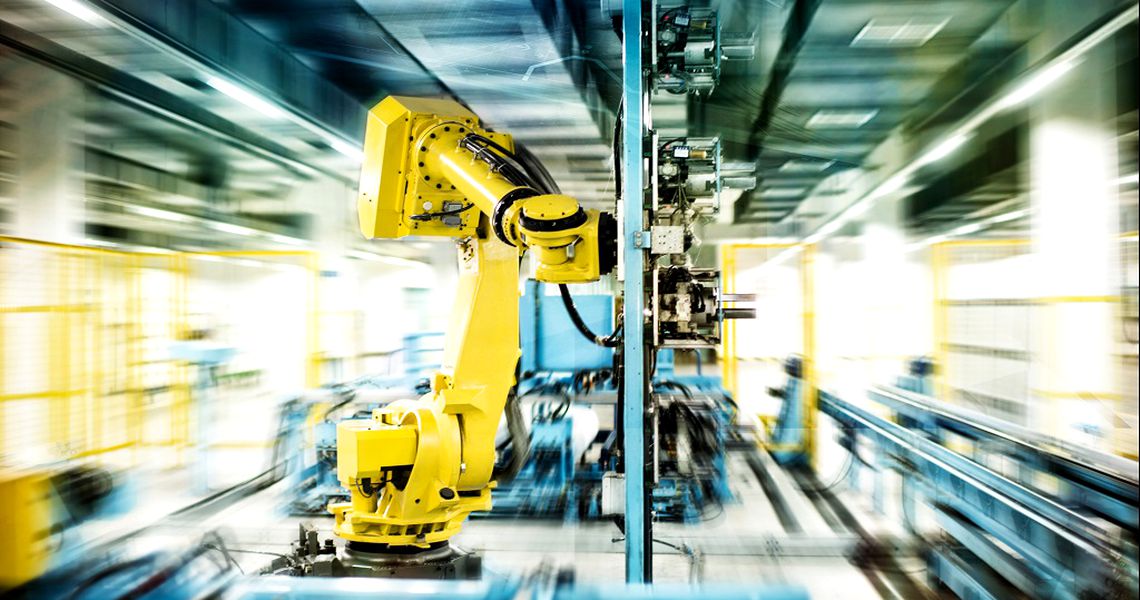 1990s Romania was in a pit when it came to technology. Decades of closing the doors on new technologies and innovation had rendered Romanian industry and the economy old and inefficient. And for a full decade, until 2000, there were only small steps in turning industry around, towards technology and digitalization.

The wave of privatizations in the 1990s didn’t solve the problem for many of the industrial giants set up in the communist era. The economy went through a cleaning process, not started by the authorities, but driven by the changes forced by the opening of the country, by globalization. Digitalization came in small steps, introduced first by the public; people wanted to be in touch with the latest innovations and forced companies to eventually adopt them.

The internet started to develop in the 1960s in the USA and in 1982 the protocols (TCP/IP) were invented. The name was set in the same year, a short version of ‘internetworking’. It took off a decade later and soon appeared in Romania, through landlines. This could be seen as the first step in transforming Romania into a modern country. The first interconnection hub was set up in 1992 and the .ro domain was established in the same year. Meanwhile, the first dial-up connections were launched by Romtelecom in 1993, starting the ‘internet café’ era.

In 1995 the internet became public globally and the service started to develop in Romania too. In the same year Microsoft launched Windows 95, the operating system that introduced personal computing to those who were not IT specialists. Microsoft had its first office in Romania in 1992, but it became an important one almost a decade later, when spending on IT software and services become significant.

The internet and hardware to use it went hand in hand so while small neighborhood networks were installed, users started to buy more and more PCs. At the beginning of 2000, the internet was expanding rapidly and the big operators started to buy up the small companies. 2007, when Romania joined the European Union, found the country with a well-established internet infrastructure and a mobile network, things that would go on to help develop the IT industry.

In 1999, under the government lead by Radu Vasile, a project for the IT industry was put on the table for the first time. But even though it was accepted by the prime minister, the project failed to get off the group due to lack of interest from other institutions. That meant investments before 2000 were delayed and the real kick for the industry came a decade later.

Today, the software and IT services industry employs around 100,000 people and is worth EUR 4.5 billion. It could have been double that if it had started in 2000; still, it is one of the fastest-growing industries in Romania. Also, it is one of the most future proof; the Industrial Revolution 4.0 means automatization for the entire mass-production of goods and other things with robot operators capable of self-configuration and diagnosis. Germany was the first country to use the term Industry 4.0 in 2011 and now the European Union has a program for the Digital Single Market, inside the program Europe 2020.

After 2007, not only did the IT industry develop rapidly in Romania, but production companies became more and more automatized. All the factories opened in the last decade are operated mainly by machines, with high production efficiency, many of them in the auto industry (like the Daimler factory in Sebes).

Its internet speed put Romania up among the global forerunners, alongside developed countries like South Korea and Japan. There are over 8 million Romanians using the internet on a daily basis and around 20 million connections (both fixed and mobile). And the workforce in IT, although small in comparison with the population, is very well educated and growing by the year.