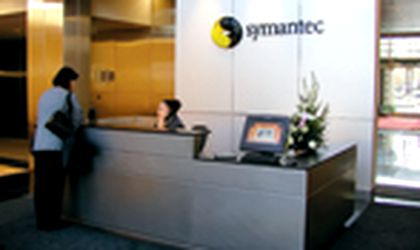 This process is viewed by specialists as a normal trend, as Romania is a very interesting market for international companies due to its large population of 21 million inhabitants. In the last couple of weeks alone as many as ten announcements of local offices openings (actual and intended) have been made. The trend is not restricted to the IT&C segment as Romania has to recover the distance it is lagging behind the EU states in many fields like financing, road infrastructure, real estate development and many others.
Equipment and networking producer Netgear announced two weeks ago the sealing of a strategic partnership with Tornado Sistems and Genesys Distributie for selling its products on the local market. “The decision to enter the Romanian market was determined by the continuous increase in demand for customized network solutions by SMEs as well as on consumer segments. We are delighted with the idea of entering a dynamic market such as Romania, which is undergoing an accelerated development process,” said Aleksandra Verhoeve, Netgear regional sales manager for Eastern Europe and CIS.
The French producer of retail software solutions Meti Logiciels Et Services made its entrance on the local market in May this year. One of its biggest local clients is Carrefour, while on the international market Auchan and Casino are also its customers. The local subsidiary has two divisions for the moment, commercial services and client support. The company's main target on the local market is to increase its client portfolio.
The American IT security solutions producer Symantec has also made its first move on the local market by appointing a manager for Romania and announcing its intention to open a representative office by the year's end. The local office will establish the company's local marketing policy, while the support activity will remain in Budapest. “Romania is a good market for us, it brings us revenue and we decided to make our official entrance on the market,” said Hedvig Bartha, Symantec's marketing manager for Eastern Europe.

Romania still in demand as outsourcing location
The latest IDC study on the local market, published in September, considers Romania a good destination for outsourcing, offshore or near shore investments, due to the high level of specialization in niche technologies and to the communication flexibility and linguistic abilities of the workforce employed by local IT&C companies.
The study also found that local IT companies have the ability to deliver complex projects from the technical point of view, on critical segments.
Other strong points of the local players are their extensive experience on different areas and focus on customizing solutions so that they can meet business objectives.
Scott Moore, senior consultant for IDC CEMA, said, “Romania is well placed to attract a significant part of the new offshore projects located in Central and Eastern Europe. It is an ideal location for research and development and value added projects.” This should encourage even more international companies to establish offices and working points in Romania.
Many of the well known international IT companies, like Microsoft, HP, Siemens, Alcatel-Lucent, Ericsson and others, are already present on the local market with operations growing from one year to another. The first step on the local market is usually made by opening a representative office with sales duties. After gaining a better knowledge of the market, R&D and support centers as well as production units follow, if the entrance on the market isn't made through an acquisition.
Last year, AMD opened its office in Romania, which has marketing and selling functions.
“Since we opened our office here we have been very successful on the market, with increased sales and market share,” said Pierre Brunswick, sales and marketing vice-president of AMD for Eastern Europe. The office in Bucharest manages operation in Romania, Bulgaria and Hungary. “When we opened the office here we wanted to get a better knowledge of the market and be able to compete on an equal footing with our competitors,” Brunswick added.

Business development calls for more service providers
The main reasons for the increased IT spending in the country include the needs of a fast-growing economy, high level of foreign direct investment and infrastructure upgrading in order to line up the public sector with EU standards and regulations. Demand is growing for service providers that can implement, customize and maintain complex application suites, particularly in the government, financial and utility sectors. Last year alone six new IT services centers were created, which is a testimony to the country's attractiveness, according to the data provided by the IDC study.
Still, the entrance and business development of so many international companies on the local market might also have a negative effect on the development of the locally-owned companies which could be endangered by the experience and financial power of the newcomers. IT&C consultant Calin Tatomir agrees that multinationals' interest in the local market is a natural process fueled by the size of the market and by the economic growth of the country. Many infrastructure modernization works should start in the public sector in ministries and local authority offices around the country. Most of these works will have structural European or governmental funds which are set to reach values of millions of euros.
Tatomir thinks Romania will align to EU standards and norms and reach the level of countries like Hungary, the Czech Republic or Poland in about two years. Plenty of companies are expected to enter the market during this period, he estimates.
Meanwhile, local companies have developed the capability to customize off-the-shelf suites to the requirements of Romanian and international customers, but compared to their foreign competitors their development is still small or at most medium in size.
Over the last few years, local software and IT&C services were brought to the forefront of the international community after they were taken over by international giants. The entrance of Romanian software producers on the regional and international markets contributed to the increased awareness of Romanian IT&C services. Some notable deals include Microsoft's purchase of the RAV antivirus product from Gecad (2003), the investment by Intel Capital in SIVECO Romania (2005), Ness Technologies' acquisition of IT service provider Radix (2005), TechTeam Global's purchase of offshore development specialist Akela Informatique (2005) and Adobe's acquisition of InterAKT (2006).
Alternatively, locally-produced software with significant sales on the international market have developed through companies like BitDefender of Softwin, with security and antivirus as well as e-learning products, Siveco with e-learning products, Gecad with e-payment and mailing solutions and Transart with ERP, sales force and automation solutions. Although constraints in the IT labor market mean that Romania is not suitable for establishing very large offshore development centers, the country is an ideal location for R&D and other high added-value work, the IDC study suggests.

Competition for public projects toughens
Tatomir's concern about the development of local IT&C services firms is that they won't be able to compete with the extensive experience accumulated by international companies on other markets and with their financial power in the race for government or EU-funded projects in Romania.

The projects aiming for the modernization of the IT&C infrastructure in the public sector will be awarded through tenders with conditions like experience and significant turnover as the main demands. “Under these circumstances local companies are facing great challenges, as they don't stand a chance up against international service providers. Their way out of this situation would by to sign partnerships or collaborations with the foreign winners of the public tenders or to sublet parts of the projects from the winners of the bids,” said Tatomir.

Newcomers faced with HR problems
Valentin Negoita, president of the Association of Producers and Distributors of IT&C Equipment (APDETIC), says that another negative effect for the newcomers could be an accentuated deficit of IT&C labor force. “Several years ago we praised, besides low labor costs and linguistic capabilities, the increased number of specialized IT&C graduates which was higher than the demand on the market and made many specialists look for positions abroad. Nowadays the situation has changed, with the majority of graduates choosing to remain working in Romania. But the high amount of business openings in Romania has led to a human resource crisis in the IT&C segment and a superficial increase of specialists' wages,” said Negoita. Governmental strategies and involvement in the educational system regarding this problem should prevent the crisis from worsening.
The quality and costs of human resources are the key factors that drive the offshore market around the world. Because the cost of human resources is inflationary everywhere, customers of outsourcing must constantly explore new alternative locations in order to secure the best cost/performance ratio. Romanian companies must make sure they maintain their reputation for high quality while keeping the level of wage inflation below that of their competitors, reports the IDC study. Like many other mid-sized countries that are trying to develop as offshore locations or increase exports of IT software and services, the Romanian IT industry faces a major challenge in raising its profile and marketing its capabilities.
The growth in the number of players on the market was also caused by the greater demand for IT&C services in Romania. This trend will continue in the following years as well, as the country has to recoup a big digital deficit in the public sector and to offer the same infrastructure conditions as in the European Union, Negoita believes.
The trend of premieres will bring benefits in content, broadband and better developed infrastructure, but at the same time the lack of content in value-added services will continue, which means there will still be development opportunities on the market. “The major players are already present on the market, and the fact that their businesses here have grown from one year to another from a representative office to several production, R&D and support centers, offers an example and an incentive for the newcomers on the local market,” said Negoita.
While Romanian IT service companies have until recently focused on the domestic market, those providers with strong expertise in specific vertical segments of the market are now looking towards international opportunities. They hope to leverage turn-key software applications and customization expertise gained in, among other areas, the government, education and finance sectors, says the IDC study.
While the Romanian software and services industry has some key strengths and unique capabilities, it needs to promote them more actively in an increasingly-crowded offshore market. Although Romania is becoming increasingly known internationally for its packaged software products, the country's brand in the offshore market suffers from a lack of national champions that are well known at the global level, the study finds. As the Romanian IT services sector undergoes consolidation, more strong players will emerge, but in the meantime a more coordinated approach to marketing and business development by both government and industry will help Romania secure offshore and export business.