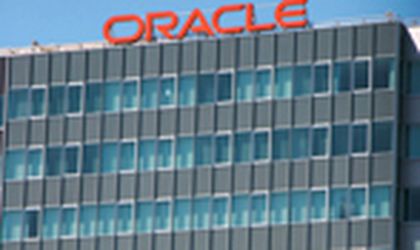 Software producer Adobe has announced its intention to open a technical support center in Romania in order to provide local support for customers in Romania who at the moment have to call outside the country. This center will be opened after Adobe set up four technical support centers in Poland, the Czech Republic, Russia and Turkey that will start operations between July and August. Currently six people offer technical support for Adobe in Russia, five in Turkey, four in Poland and four in the Czech Republic.
In Romania the firm has invested a great deal in the software development side and the company now intends to make investments on the technical support side too, Selami Guel, country manager of Adobe for South-Eastern Europe and Turkey, told the local press.
Contacted by Business Review, Christoph Sahner, PR manager Adobe for Central and Eastern Europe, said, “We can confirm that it is part of our plans to open a technical support center in Romania next year. Since we are at the moment in the process of evaluation and prioritization of the various elements of this project, we cannot offer further details on this matter.”
Currently, the company does not offer technical support services, having so far concentrated on software development.
Guel said that so far Adobe has not identified any potential partner in Romania but that it was trying to find a solution so that customers would no longer have to call outside the country to benefit from technical support, local media reported. Adobe distributes its products locally through partners Romsys Data and Integrated Romanian Information Systems (IRIS). It entered the Romanian market in 2006 with the acquisition of software company InterAKT Online, founded by Alexandru Costin and Bogdan Ripa.
In March, Adobe announced that it intended to increase the number of its employees by 60. Most new positions were those of software developer but the firm also hired managers and quality engineers. The most acute shortage of personnel that Adobe was confronted with was quality engineers and quality managers who should adapt to the company's working standards, Alexandru Costin, Adobe Romania manager, said previously.
Another global name, Oracle chose Bucharest for the location of its centers due to the local people's high level of education and competences, like foreign language skills and technical knowledge. Moreover, it is close to European markets, with similar culture, understanding of business culture and similar time zone. According to Anita Kerekes, regional PR manager for Oracle, the firm currently has 1,300 employees who were selected on grounds such as good foreign language skills and, for certain positions, good technical knowledge or sales skills. At this point there are 22 Oracle centers in Romania which provide services such as global product support for Oracle product users worldwide, support for Oracle partners in the EMEA region, software development for Oracle, support renewals services, and Oracle University Sales for the EMEA region.
The company's services and technology centers in Bucharest are part of the Oracle global services and support centers that provide round-the-clock support and consulting services for customers, partners and employees worldwide.
Oracle has been active on the Romanian market since 1992, and it opened its first services and technology centers in Bucharest in February 2004.
At the beginning of this year, the Microsoft global technical support center celebrated one year since it was opened in the presence of the company founder Bill Gates. The Microsoft Romania team has around 160 employees, many of whom work in the center.
Also last year, IBM Romania opened its global delivery center. With over 250 employees, the center offers services of development of multilingual applications and application maintenance services for customers such as BMW, Intermarket Bank, Panasonic and BNP Paribas. The existence of a pool of talent, technical competences and favorable economic policies for the business environment made Romania an ideal place for IBM in offering a large portfolio of services to local and global customers, said Mihai Tudor, country general manager of IBM Romania. The center offers assistance in various languages such as English, French, German, Italian and Spanish.
In recent months, Ericsson Romania has also celebrated one year since the opening of its global service delivery center which employs 200 people as project managers, consultants, technicians and service engineers. Ericsson officials said most of the investments went into training personnel as 60 percent of the staff was hired out of college. Company representatives say the business has increased by 15 percent year on year since 2006.
In 2006, Ericsson Romania had a turnover of approximately EUR 115 million. The company has as customers Orange, Vodafone, Romtelecom and Cosmote and more recently RCS RDS which is not still a core client, but this may change. “With Orange we started in the same way. We hope they will become a customer as important as Orange which we supply with equipment for the core business,” said Maurizio De Dominicis, president of Ericsson Telecommunications Romania.