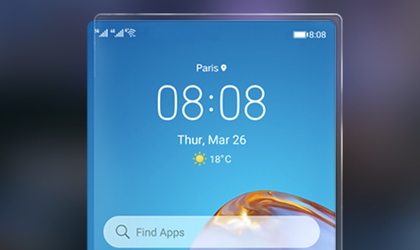 A new update is finally being rolled out to the Huawei P40 series of phones that aims to overcome the big omission, Google Mobile Services, with something called Petal Search.

It’s an appealing name. When Huawei first demonstrated it to me a few months ago, it had a different name, Huawei Search, and it was less advanced than it is now. Its full name is now Petal Search – Find Apps. It even has its own slogan: “Your gateway to a million apps”.

It has just started rolling out as an update in countries outside China (it reached the U.K. a few days ago). Here’s all you need to know.

Huawei’s current flagship, the P40 Pro (reviewed here), is strongly designed and has tremendous photographic capabilities, even if Huawei is about to outdo itself with its P40 Pro +.

But the latest Huawei phones – with one exception – lack Google Mobile Services, using an open-source version of Android that behaves in the same way as any other Android phone but lacks access to the Google Play Store.

It also lacks other key Google apps like Gmail, YouTube and Google Maps. Huawei’s own app store called Huawei App Gallery is growing fast but it still only a fraction of the size of the Play Store. For some key apps, Huawei has decent alternatives: the built-in Mail app works well with a Gmail account and Here WeGo Maps is sensational – in some ways better than Google Maps. Plus, Huawei is developing its own mapping app in conjunction with TomTom.

And you can access YouTube through a web browser easily enough. But what do you do when you the App Gallery is missing the very app you just can’t do without?

That’s where Petal Search comes in. It appears onscreen as a search widget that arrives with the latest OS update.

Type the name of the app you want into the Petal Search bar and it will go looking for it. If it’s in the Huawei App Gallery, then you’re sorted. If not, it will find it. For instance, WhatsApp can be downloaded direct from the app developer. If APKPure is the place to go to find the app, that’s where you’ll be directed and Petal Search is sophisticated enough to take you right there. The right link will be presented so you can download the app with a single click. Huawei has chosen the links to be safe and reliable.

It’s also clever enough to be able to update the app from that source automatically, if you want it to. This makes the process as simple to keep apps from third-party sources up-to-date as ones from the Huawei App Gallery.

There are other app stores which Huawei can access, like the excellent and wide-ranging Amazon App Store, which has a lot of the apps you might want in a secure and trustworthy place.

The truth is that even with all these sophistications, it’s not as easy as having Google Play Store on board. But Petal Search is definitely a big step forward and Huawei has taken a lot of the pain points out of the process.

With each day, the Huawei App Gallery gets more populated. Add in Petal Search and Huawei is doing everything it can to help its users to manage without Google.

Huawei’s 8th edition of the Seeds for the Future program for students passionate...