Huawei and Samsung caught lying about photos made with their phones that were, in reality, professional pictures 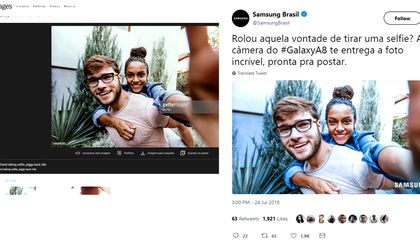 Both Samsung and Huawei were caught with picture made by DSLR cameras and presenting it as made by their phones. There is a global fight among the smartphone producers for the best smartphone camera, but that it is not an excuse for showing false pictures as made by the phones.

In the Huawei case the subject is a commercial made for Egypt market in which the photos presented as selfies made with Huawei Nova 3 are, in reality, made with a professional DSLR camera. The commercial that promotes Nova 3 shows a couple that makes a lot of selfies with the phone, each photo presenting another function of the AI created by the company.

The lie was discovered after the actress that plays in the commercial published on Instagram some pictures from during the filming of the video where anyone can easily see that there are professional photographers taking the pictures shown afterwards as made by the phone.

Although the commercial does not say specifically if the pictures are taken by the phone or by some other camera, the use of some AI functions above the photo suggest that the phone has those capabilities.

On the other side of the world, in Brasil, the Twitter account of Samsung published twice photos that were bought from Getty Images and said that were made with the front camera of the Galaxy A8, which has a portrait function that blurs the background in the picture. 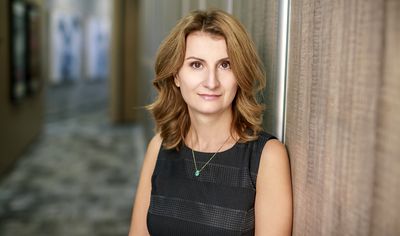 But the followers were quick to find the image on Getty, a professional photography site, and point to the phone maker. The photos were deleted from the Twitter account, but the company said that not all the pictures that carries the Samsung logo are made with the companies phones, some being used to create a certain state-of-mind that can be associated with the brand.

Still, for such big global corporations it is a shame to promote something that is false, even if not necessary illegal.

Huawei’s 8th edition of the Seeds for the Future program for students passionate...