HOLOGRAMA 3D under the spotlight of major video productions 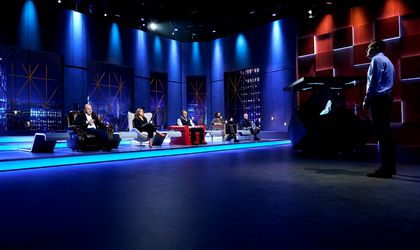 The HOLOGRAMA 3D holographic projection systems have arrived on the set. As expected, Dreamoc Diamond has managed to catch everyone’s attention and open the eyes of some of the largest entrepreneurs in Romania: the 3D component can be an increasingly used element in marketing and advertising strategies, from selling shoes and bags in malls, to becoming a good replacement for hotel porters! And all this while respecting the new rules against Coronavirus.

HOW TO TRANSFORM THE MARKETING AND ADVERTISING MARKET WITH HOLOGRAMA 3D

The new operating conditions, resulted from the restrictions imposed by the pandemic context, forced large retailers or small entrepreneurs to think of new strategies to promote their products or services. This is how in these times the creativity put together with the strictness of the anti-COVID 19 measures managed to bring to light interesting options of marketing and advertising.

One of the methods of promotion is 3D holographic projection devices. Regardless of the product chosen, each device “runs” the scenario through which consumers are invited to a story told in images or 3D elements, which appear in a magic box, but which combines the most advanced existing technology with the boldest promotional ideas. 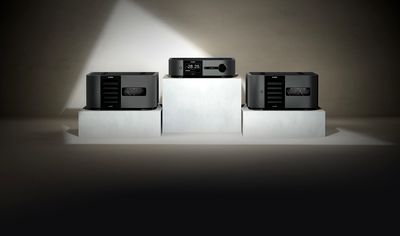 THE GREAT STAR OF THE SEASON: DREAMOC DIAMOND

3D holograms are the magic of this century’s technology! Why do we say that? Because, for example, Dreamoc Diamond can defy the laws of the new Coronavirus! This complex system, brought to Romania by HOLOGRAMA 3D, can teleport a character from any corner of the earth, for any kind of audience. It can be used in stores if new product lines are launched, in shop windows, in small spaces or in supermarkets, in front of shops, in public administration or in HORECA: at the hotel reception, on the terrace where we see the menu in a unique way, in the pharma industry or anywhere you want to present a product, a brand or a concept, using your mixed-reality, in the most refined way!

FROM STORES, DIRECTLY UNDER THE SPOTLIGHT

Dreamoc Diamond also managed to create a buzz in TV productions. The system can even become an integral part of video productions. In other words, the interventions of some speakers or even guests from outside the studio can take place directly in the form of a hologram. The effect is beyond expectations! So Dreamoc Diamond managed to impress not only the production professionals, but also some important Romanian entrepreneurs, who were prepared to offer an investment scenario for the development of this market.

“I think that one of the most important aspects regarding the use of Dreamoc Diamond and not only, is the integration of these holographic projection devices in complex video production systems. I would also mention here the hybrid version: the one in which the video studio is combined with live streaming elements. The appearance of a hologram in such a frame definitely means an element that will attract all eyes! It is an element of refinement, given that the other integrated audio-video elements are already known and used, with a history behind them. Therefore, I can say with all my heart that Dreamoc Diamond, for example, will be one of the stars of this period, in which we have many limitations “, said Alexandru Roibu, HOLOGRAMA 3D manager. Certainly most of the corporate meetings organized today are made online, with the help of platforms specially created for such communication aided by the digitization process. But let’s put our imagination to good use and think about what it would be like to have guests teleporting from home, from the beach or from a Wall Street office during meetings? Yes, at first glance, it seems hard to imagine, but the invention already exists, and the HOLOGRAMA 3D team can make it a reality!