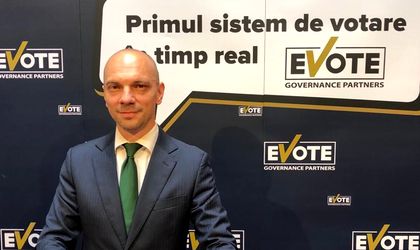 eVOTE, a Romanian entrepreneurial company that implemented the first online and in-person participation system at general shareholders’ meetings in Romania, ended the busiest period of the year with 50 General Meetings of Shareholders (GMS) conducted online in the first five months of 2022. Of these, 37 were annual GMS.

“The General Meeting of Shareholders is an important event in the life of a listed company, in which decisions with an impact on the evolution of the business are put to the vote. They also represent the environment in which the opinions expressed by the company’s management and its shareholders are debated, and figures and forecasts are analyzed in terms of evolution. Many companies listed on the Bucharest Stock Exchange still do not take full advantage of this option to communicate faster and more efficiently with their shareholders and turn such events into simple voting records. Five of the 20 companies included in the BET index offer shareholders the opportunity to vote online. Another 15 companies implementing the eVOTE solution are listed on the AeRO market, paying more attention to corporate governance principles compared to many Main Market issuers. eVOTE is a calculation, voting, and corporate governance tool that provides simplicity and convenience for stakeholders, companies, and shareholders. Through such an application, both parties are sure that they cannot make mistakes in expressing or counting votes. Thus, major optimizations of time and costs are made,” stated Mihai Chișu, co-founder and CEO of eVOTE.

Between January and May 2022, 50 GMS were organized through eVOTE for the following listed companies: 2Performant, Agroland Agribusiness, Agroland Business System, AROBS, Bento, Bittnet Group, Bucur Obor, Connections Consult, Chromosome Dynamics, Dr. Fischer Dental, Fondul Proprietatea, Holde Agri Invest, MAM Bricolaj, Norofert, One United Properties, Roca Industry, Safetech Innovations, Sphera Franchise Group, Softbinator Technologies, Teraplast, and TTS. Five of the 20 issuers of the BET index, representing 25.6% of the total share of the index, offered their shareholders the option to vote from anywhere and to be able to watch the GMS online. In comparison, 11 of the 28 companies in BET-AeRO, representing 66.5% of the total share of the index, used the eVOTE application in the first five months of 2022.

In total, 25,000 votes were cast, of which the most votes cast in a single GMS were at the Bittnet Group meeting, approximately 4,000 votes. Also, the meetings of Bittnet Group and Norofert recorded the highest participation in the electronic environment, for each company voting over 200 shareholders. In comparison, another over 100 shareholders were present live through the application. All the events were broadcasted live, without delays between the online and physical environment. In the busiest month, April, four GMS were organized on the same day, with the platform working optimally. 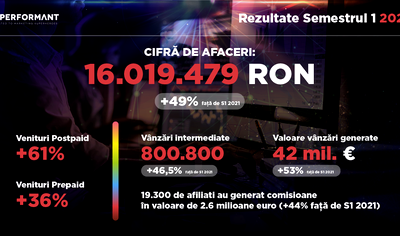 “In recent years, there has been an increasing emphasis on the sustainability of companies and the measures they are taking in this direction, especially regarding operational efficiency, cost reduction, and communication with shareholders. Through eVOTE, shareholders are exempt from the trip to the postal office and the related time wasted, the vote through the application being expressed in just a few seconds. Also, by implementing this electronic voting system, the use of consumables is eliminated, the costs of the technical secretariats are significantly reduced, as well as those related to the organization of the meeting – renting event rooms, catering, etc. As a result, companies have more time to bring added value to the communication with their shareholders and making strong connections with them, and the general meetings can focus on what matters: constructive discussions between stakeholders and a quick voting system,” added Mihai Chișu.

A GMS organized via eVOTE lasts, on average, 30 minutes from the start of the meeting to the issuance of the final reports. Compared to a traditional GMS, with only in-person attendance and a paper vote, in the 30 minutes, most of the time, the counting of votes for the election of the secretary of the meeting is not finished, a step before entering the agenda of the meeting.

eVOTE is an application developed by three Romanian entrepreneurs, specialists in the capital market and the IT field – Mihai Chișu, Bogdan Iliescu, and Ionuț Albu. Through eVOTE, the shareholders of a company listed on the Bucharest Stock Exchange can participate and vote online and in person at the General Meetings organized by them. The application is constantly being developed, transformed, and improved to be as easy to use as possible by any shareholder. Currently, the eVOTE team is working to improve the mobile version of the application, taking into account the potential listing of Hidroelectrica. This event could generate a much larger number of eVOTE users.

The GDR (Global Depository Receipts) vote will also be implemented in the application to allow the categories of investors holding such financial instruments to use eVOTE easily. In the short term, the team also aims to introduce a module dedicated to pension and equity fund managers and custodians, thus covering most of the institutional investors present in the domestic market.