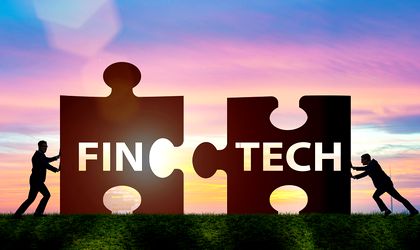 Innovative lending services, such as crowd and P2P marketplace loans, are becoming increasingly popular in many European countries. With the development of financial technology, recent years have witnessed a growing number of business customers and private borrowers using these digital financial services.

According to data gathered by Finanso.se, the European fintech, or the alternative loans industry, is expected to hit a USD 9.6 billion transaction value this year, growing by 10 percent year-on-year.

After the financial crisis, many traditional banks became very restrictive in approving loans, especially in some European countries, leaving businesses and individual consumers with no access to much-needed cash. This created space for lending platforms, which connected borrowers directly to lenders, and removed the banks from the equation.

Lending platforms use sophisticated computer algorithms to make lending decisions, provide fast loans, and lower rates to borrowers. Investors, on the other hand, are given the ability to easily invest in loans outside of their countries at attractive returns.

In 2017, the European fintech lending market hit USD 6.3bn value, revealed the Statista Alternative Lending Market Outlook. By the end of 2018, the market value increased by 20 percent and reached USD 7.5bn worth. The rising trend continued in the next twelve months with the entire market reaching $USD 8.7bn value. The statistics indicate the European fintech lending industry is expected to show an annual growth rate of 3 percent between 2020 and 2023, resulting in a USD 10.5bn transaction value in the next three years. Read more about
The future of payments is cashless; digital transactions to almost triple by 2030
read more

The market’s largest segment is crowdlending or peer-to-peer business lending. In 2017, European peer-to-peer loans in the business sector reached USD 3.6bn worth. Over the last three years, the market value of the crowdlending loans increased by more than 75 percent and hit USD 6.5bn transaction value in 2020. Statistics show this amount will grow to nearly USD 7.2bn in the next three years.

Consumer peer-to-peer loans are forecast to edge up to USD 3.1bn value in 2020, twice less than business lending.

Number of European fintech loans to reach 1.3 Million by 2023

Although peer-to-peer business loans represent the leading market segment, the statistics indicate a much higher number of consumer peer-to-peer loans in Europe. In 2017, there were more than 911,000 successfully funded alternative loans in the consumer segment.

Business peer-to-peer loans reached over 63,000, or 14 times less compared to consumer loans. In the last three years, consumer and business alternative loans rose to 1 million and 75,900, respectively. The average funding per loan in the crowdlending segment is expected to reach  USD86,185 this year. Statista survey indicates the total number of European fintech loans will amount to over 1.3 million by 2023.

However, besides Switzerland, Denmark and Spain are expected to see the highest growth rates in the following years, rising by 23.7 percent and 22.9 percent respectively year-on-year.

Banks and fintech companies: Fintech is the future. The financial sector is still...