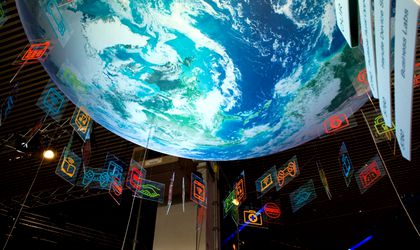 As a member of the European Union, Romania needs to align its legislation in the telecom sector to a bundle of EU ‘house ground rules’. BR reviews progress in some of the regulations in an industry worth EUR 3.6 billion last year, such as the reduction of interconnection and roaming charges, number portability, the national broadband strategy, digital terrestrial switchover and personal data policy.

At the beginning of this month, the Romanian telecom regulator announced that it would reduce interconnection tariffs for mobile and landline telephony networks, in two stages. From next year, the maximum termination rates – the sums telecommunications operators pay each other for calls outside the network – in mobile telephony networks will be 4.05 eurocents per minute after the first stage of reduction. The initial round of tariff cuts will be between 19 and 30 percent depending on the existing charges levied by each of the telecom operators, so that eventually Cosmote, Orange, Romtelecom, Telemobil and Vodafone rates will be aligned. The second round of reductions will begin on September 1, 2012, when the tariffs charged by all operators will fall by 24 percent to 3.07 eurocents per minute.

Landline interconnection tariffs will also fall. From January next year, the 52 operators in this field will decrease charges by 15 percent from EUR 0.97 per minute to EUR 0.82. From July 1, 2012, costs will fall by an additional 18 percent to EUR 0.67 per minute. The figures were set by ANCOM based on comparisons with the levels of termination rates in other European states.

Some operators have voiced their concerns about the move. “Due to fierce competition on the mobile telecom market in Romania, users benefit from the latest tariffs in the EU while the quality of the services is equal or even better. In this context, what must be taken into consideration is that excessive regulation can produce negative effects on the market, operators and, finally, end users. These effects, namely the reduction in revenues and consequently of the capacity to invest, can have an impact on innovation, quality and the diversity of services,” Dorin Odiatiu, marketing director at Orange Romania, tells BR.

Roam if you want to… for less

The EU intends to drastically curtail roaming tariffs, which should encourage competition on the telecom market. By 2015, it wants to do away with the difference between the costs of national calls and those of calls made in roaming. The first steps have already been made in Romania too. From July 1, 2011, all telecom operators who offer roaming services must respect maximum tariffs for voice services when their users access roaming services in another EU member state, Norway, Iceland or Lichtenstein.

For a call made in roaming, the maximum charge was set at EUR 0.35/minute (not including VAT). For a call received in roaming, the figure is EUR 0.11/minute. Similarly, the maximum cost of sending an SMS from abroad is EUR 0.11. All operators in Romania who provide roaming services under the jurisdiction of the EU respect these stipulations, and some undercut the maximum sums, according to the president of regulatory authority ANCOM, Catalin Marinescu.

In July, the European Commission proposed a new modification to this framework which will see greater competition among operators, more diversity in company offers and, of course, a reduction in roaming charges. This amendment will be analyzed over the coming period in European central institutions, according to the telecom regulator, he added.

Portability wasn’t built in a day…

At European level, a set of rules that should empower end users, allowing them to switch telecom providers in just one day without changing phone number has already come into force.

“The new European regulation framework stipulates that phone number portability should happen as soon as possible, taking into account the conditions in each member state. However, a specific timeframe for the portability process globally has not been incorporated into EU legislation. Instead, a one-day term is specified for activating the service. Also, a maximum one-day term is stipulated during which the subscriber can have their phone service cut off during the portability process. These terms are also included in the Romanian bill that is to be adopted,” says Marinescu.

Like European legislation, the Romanian bill does not set a maximum term for the entire portability process. This is to be done in secondary legislation issued by ANCOM. In Romania, the entire portability process currently has to be done within 10 working days of the request being granted and submitted. This period will be cut to three days (according to Decision nr. 1382/2011), but to implement this new deadline, all telecom operators must modify their IT systems at the same time.

At the moment, the Romanian telecom regulator, along with operators, is analyzing through a work group what modifications need to be made and the implications they will have on the portability process. The date at which the new portability timeframe comes into force will be set at the end of this analysis.

“As an EU member state, Romania must respect and implement the stipulations of Directive 2006/24/EC, which is already applied in all EU states with the exception of Romania and Germany, while in the case of Sweden infringement procedures have been launched,” said Ministry of Communications officials.

However, the topic is sensitive and the drafting procedure has been complicated. In November 2008, the Romanian Parliament adopted Law nr. 298 on the retention of data generated or processed by suppliers of communication services and public communication networks. At the same time, Parliament also approved the modification of Law nr. 506/2004, on the processing of personal data and the protection of private life. However, nearly a year later, in October 2009, the Romanian Constitutional Court ruled Law nr. 298/2008 unconstitutional and repealed it.

The current draft tries to eliminate the stipulations that were declared unconstitutional, expressly prohibiting the intercepting and retention of content or information accessed while using an electronic communication network. What the law allows is to retain traffic-related data such as dialed and received phone numbers and the duration of the call for six months.

“If this law is not adopted by December 28, when the deadline imposed by the European Commission expires, Romania runs the risk of receiving penalties from the European Union,” warned the Ministry of Communications. This means that the EC may decide to send Romania before the EU Court of Justice.

Broadband take-up as a percentage of the population in Romania is on the increase but the current growth rate is not enough to catch up with the rest of Europe. To address this problem, the government has launched a National Strategy for Broadband Development with the aim of increasing the household take-up rate to 80 percent by 2015.

“We estimate that by the end of 2015 we will be able to reach over 80 percent of the entire Romanian territory,” say Ministry of Communications officials. Broadband coverage is still limited, particularly in rural areas.

In 2012, a contract will be signed on financing from European funds for the internet broadband network to be deployed in areas as yet uncovered by operators. Worth EUR 84 million, it will run for 24 months.

As part of the Digital Agenda strategy, the frequency band targeted by the European Commission to provide broadband internet in rural areas, also called the “digital dividend,” is the 800 MHz band, which is partially used at this moment in Romania by the National Defense Ministry. The telecom regulator is currently in discussions to completely clear the band, but estimations are that this will not happen sooner than 2013. This means that the public auctions for attributing the 800 Mhz band will take place in the second half of next year at the earliest, says Marinescu.

Digital terrestrial TV has to wait

The transition to digital terrestrial television is taking place across the entire European Union. It will see the appearance of new broadcasting platforms for transmitting TV programs in digital format. Romania’s transition to digital was blocked last year. The country promised the EU that the analogue TV signal will be switched off by January 1, 2012. Instead, in August 2010, the government passed a bill delaying it to January 1, 2015.