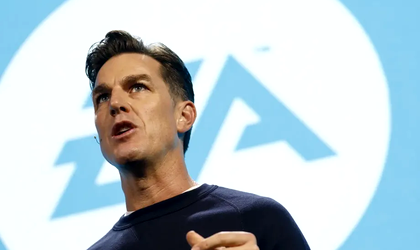 Electronic Arts, AT&T*  and WarnerMedia announced the sale of Warner Bros. Games’ Playdemic, Ltd., the mobile games studio responsible for Golf Clash,to EA.Under the terms of the agreement, EA will acquire Playdemic for $1.4 billion in cash.

“We have enjoyed working with the talented team at Playdemic as they have grown Golf Clash beyond all expectations into a hit mobile game with tremendous longevity,” said David Haddad, President, Warner Bros. Games. “While we have great respect for the Playdemic team, our decision to divest is a part of our overall strategy to build games based on Warner Bros. storied franchises.”

“Playdemic is a team of true innovators, and we’re thrilled to have them join the Electronic Arts family,” said Andrew Wilson, CEO of Electronic Arts. “In addition to the ongoing success of Golf Clash, the talent, technology and expertise of Playdemic will be a powerful combination with our teams and IP at Electronic Arts. This is the next step building on our strategy to expand our sports portfolio and accelerate our growth in mobile to reach more players around the world with more great games and content.”

Playdemic’s experienced executive team has worked together since 2014, with strong expertise in mobile games and a proven track record of success in clash games. Playdemic’s expertise in building mobile games beloved by players around the world, combined with EA’s industry-leading IP, presents opportunities to expand the clash mechanic to other franchises and for future growth in mobile experiences.

“We founded Playdemic with a focus on creating highly engaging and innovative game experiences. Our success with Golf Clash has proven our approach and demonstrated the ability of our incredibly talented teams to develop and operate best in class mobile games,” said Paul Gouge, CEO of Playdemic. “Joining EA, one of the most successful games companies in the world, is an important next step in our journey and we are excited to continue to develop both Golf Clash and new titles as part of the EA family.”