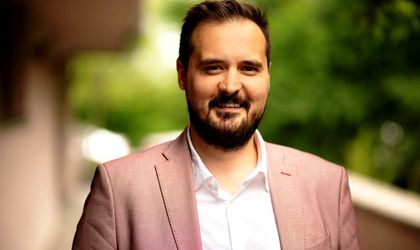 Electrogrup announces the launch of a special division dedicated to Smart City projects, which strengthens the capabilities and resources of the E-INFRA holding companies in order to become the leader of the Romanian market for solutions. The new division will be coordinated by Dragos Nedelea, that previously worked for Telekom Romania in the same position.

“The implementation of Smart City solutions is based primarily on infrastructure components and Electrogrup is essentially an infrastructure company, among the few operating with a full Romanian capital. Our ambitions to become a regional champion imply our direct, consistent presence in a segment with a beautiful and safe future – Smart City. I am pleased to announce that the most successful Smart City team in Romania joins Electrogrup and establishes a dedicated division that will capitalize not only the experience of its members but also the consistent baggage of resources and know-how of the companies in the group,” says Adrian Florea, Electrogrup CEO.

Thus, Dragos Nedelea joins Electrogrup in the role of Business Development Director Smart City. Previously, Nedelea played the same role in Telekom Romania, set up the public service department in Deloitte Audit Romania and worked at the Public Procurement Coordination and Verification Unit of the Ministry of Public Finance. The new division also includes Corina Palos as Bid Manager, as well as Costin Constantin as Business Development Manager, both with considerable experience in implementing Smart City solutions in Telekom Romania and other integrators.

“We aim to become the largest provider of Smart City solutions in Romania, and our beneficiaries are the inhabitants of all localities in Romania, regardless of size, open to the implementation of such projects. We will not limit ourselves to implementing one-stop solutions, but we propose to generate intelligent regions and common platforms that will integrate solutions across multiple verticals, and it’s all based on open standards, without limiting one type of technology, to ensure successful integration of all solutions,” says Dragos Nedelea, Business Development Director Smart City, Electrogrup.

E-INFRA’s Smart City expertise includes so far several projects implemented by group companies such as Intelligent Video Surveillance in Cluj-Napoca (Electrogrup), air quality monitoring and irregular parking monitoring system in Alba Iulia Direct One), Smart Energy and Smart Metering solutions (Nova Power & Gas) as well as the utility network management system developed for the Bucharest Metropolitan Fiber Network (Netcity). Due to the important component of civil engineering and integration, the Smart City division is an integral part of Electrogrup, which will function as a pole of projects of this type for the whole group.

“The future of the world economy is based on cities as growth poles, and cities of the future will be based on intelligent infrastructure – Smart Cities capable of attracting talent and ensuring a high level of quality of life. Our vision is to be the facilitators of this development. E-INFRA is the best-positioned group to support the development of cities in Romania through the infrastructure and solutions needed to transform them into Smart Cities,” said Daniel Farmache, CEO of E-INFRA.

Starting 1997, Electrogrup offers and supports long-term partnerships for infrastructure projects. The company provides energy, telecommunication and construction infrastructure services, being an active supporter of the evolution and enhancement of quality of life through a modern and quality infrastructure.

Electrogrup is part of E-INFRA, a group of five companies active in the field of energy and telecommunications infrastructure, together with Netcity Telecom SRL, Direct One SA, Nova Power & Gas SRL and WESEE SRL, which now have more than 600 employees and generated a consolidated turnover of over EUR 100 million in 2017.