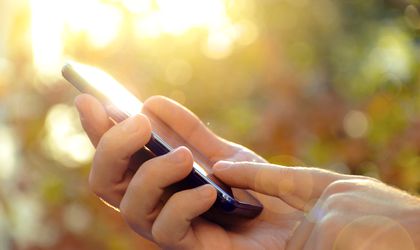 Revenues generated by electronic communications services amounted to RON 8 billion in the first half of this year. Income generated by the provision of fixed and mobile Internet services grew by 3 percent in this period and accounted for 31 percent of the total market revenue, according to ANCOM Data.

Although it is down 6 percent, revenue from mobile telephony services continues to have the highest revenue share of 37 percent, while fixed telephony market revenues and the provision of TV relay programs represent 11 percent of the total market.

In the first half of this year there were 22.2 million active mobile users (-2 percent), of which 12.3 million (+ 2 percent) were subscriber-based users and 9.9 million (-4 percent) users had active prepaid cards. Depending on the number of active SIM cards at the end of June, the market leader had a market share of 39 percent, the main competitor 30 percent, the next competitor 18 percent, the other suppliers 13 percent.

In the first half of 2018, on average, a resident initiated voice calls totaling 4 hours and 51 minutes and sent 59 messages monthly. The average call duration was 2 minutes and 45 seconds.

The monthly average per capita voice traffic continued to decline, reaching 10 minutes, less than 1 minute from the average for the previous semester, and a call had an average duration of 2 minutes and 53 seconds.

The number of subscribers to TV rebroadcast services provided counter-cost is constantly held in the first half of this year at 7.45 million. Depending on the support used, 5.04 million users were subscribed to cable networks (+ 1 percent), 2.28 million were receiving satellite TV relay services (-2 percent), and 0.13 million by IPTV (+ 8 percent).

Communication around holidays & special events in 2021