DIGI to increase subscription prices for cable TV, internet and mobile communications starting March 1 due to introduction of new taxes

RCS & RDS Group, which includes DIGI companies, the largest local cable TV and fixed internet operator, has announced that it will increase the prices of certain services provided from March 1, 2019, “in order to meet the continuing need for development and increased quality of service, as well as to react to the continuous increase in the costs it carries.”

If customers do not agree to the increases, they may cancel their services within 30 days without paying any penalties. Last year, other operators, such as UPC, Telekom, or Orange increased prices for services without publicly announcing it.

“We have an attractive and rich offer of TV channels, made up of a variety of Romanian and international radio stations as well as our own sports, news, documentary and film channels. Through the Digi TV service and our Digi Sport channels, we bring in the homes of the subscribers the most spectacular sports competitions: UEFA Champions League, UEFA Europa League, Europe’s most important football championships, international tennis tournaments and hundreds of handball and other sports matches. fast and stable optics at Gigabit standards. We are constantly working on expanding the DigiMobil network and diversifying services by providing features such as VoLTE and VoWiFi or unlimited data traffic in the 4G network.

In order to meet the constant need to develop and increase the quality of the services we provide, and to react to the continuing increase in costs we incur, we need to adjust the tariffs. Thus, as of March 1, 2019, the prices of certain services provided by Digi RCS & RDS will change. Even after these changes, Digi service prices will continue to be very attractive,” says RCS & RDS.

The increases are between RON 1 and 2 for each service the company provides, so it is not expected to be followed by customers leaving the operator. Even after these increases, the company still has some of the lowest prices on the market. 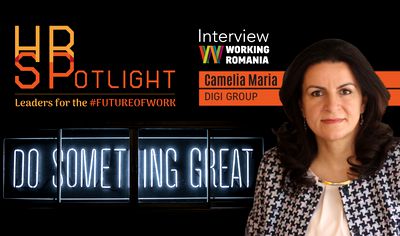 State Councilor Darius Valcov said, talking about RCS & RDS, that the company paid a profit tax of RON 1,577 at a turnover of RON 3.3 billion. DIGI reacted this week, stating that these claims are unfounded and that there is no legal, fiscal or economic basis to justify the introduction of new “discriminatory and non-discriminatory charges in the Emergency Ordinance” adopted last month.

“In the public announcements made at the adoption of the OUG 114/2018, the Romanian Government’s representatives stated that the additional taxation would be caused by the “incorrect behaviour” of the telecommunications operators.

We are of the opinion that these allegations have no legal, tax or economical basis, and that the decision to introduce these new taxes is discriminatory. In connection with RCS & RDS S.A.’s activity, our Romanian subsidiary, we express the following: Out of the turnover of approximately RON 3.3 billion registered in 2017, Digi | RCS&RDS paid during the same year more than 1/3 (meaning over RON 1.2 billion) for: taxes and contributions to the state budget, to the central authorities and to the local budgets; amounts due to state owned companies and other similar entities; and also it performed multiple payments to various public and private entities based on mandatory legal requirements.

In connection with the income tax assessed by Digi | RCS&RDS, we must recall that, since 2007 until 2017, Digi | RCS&RDS invested more than EURO 2 billion for the development of a highly advanced fixed and mobile telecommunications network based on optical fiber. These investments were made to the benefit of millions of customers who enjoy today the best quality services at very advantageous prices. These investments performed by Digi | RCS&RDS (and which were subject of amortization) have implicitly determined the reduction of the taxable basis, in full compliance with the tax legislation,” so=hows the DIGI press release.