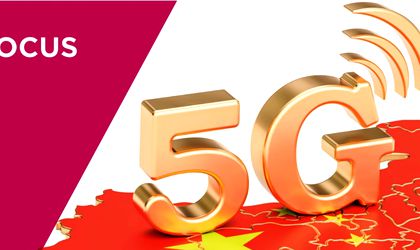 China has coordinated its approach to 5G well and some successes are already visible. However, China still relies on imports, especially for high-end products, leaving the sector exposed to protectionist threats. Moreover, the deployment of 5G networks by Chinese companies is perceived as a cybersecurity risk by many recipient countries, as a Coface analysis shows. The US is banning Huawei equipment and pressing its allies to do the same, which could limit the growth of Chinese 5G in the future.

Romania aims at the transposition at the national level of legislative provisions of the European Code for Electronic Communications, by ensuring coordinated availability of radio spectrum, by 2020. These changes will have significant effects both on the structure of the communications market and the consumer behaviour.

The early bird gets the worm

After having had to play catch-up in the era of 3G and 4G, the Chinese government has put special emphasis on the development of 5G technology. The government launched the IMT-2020 5G promotion group in 2014 aiming to bring together all players in the ecosystem to create synergies and improve cooperation. It has also supported investment in the sector, notably by creating the National Integrated Circuit Industry Investment Fund in 2014. The goal is to have its home grown chip industry expand from USD 65 billion in 2016 to USD 305 billion in 2030. In the context of a supportive policy framework, Chinese companies have been able to increase private sector R&D at a fast rate.

China’s coordinated approach to promoting 5G will help many Chinese companies to benefit from the country’s first-mover advantage. It is estimated 40 percent of patents for current 5G network standards are from Chinese firms. Moreover, Chinese companies are set to benefit from 5G. Huawei is the global leader in network infrastructures; it currently holds 29 percent of the market. Furthermore, 5G is expected to trigger a cycle of mobile phone replacement, and three out of the five global mobile phone leaders are Chinese: Huawei, Xiaomi and Oppo. According to the China Academy of Information and Communications Technology (CAICT), the 5G market could account for 3.2 percent of Chinese GDP, representing USD 166 billion by 2025. 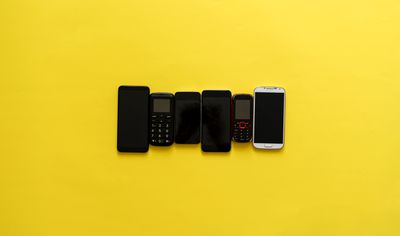 In the unfolding trade war between the US and China, electronics are specifically targeted by tariffs: 51 percent of the USD 200 billion worth of Chinese imports subject to 25 percent tariffs are electronics, including 23.5 percent of mobile phones. US tariffs worsen the terms of trade of Chinese exports vis-à-vis their largest market. This incentivises US companies and consumers to diversify demand away from China. Besides, Chinese 5G technologies companies are still reliant on imports of key components. This leaves Chinese companies exposed to supply chain risks. And in May 2019, the US announced it would ban Huawei and its affiliates from buying parts and components from US companies without US government approval. This could cause large disruptions in Huawei’s supply chain considering that around 16 percent of its components came from US firms in 2018.

The deployment of 5G networks by Chinese companies is perceived as a security risk by many potential recipient countries. A number of countries, led by the US, argue that using Huawei 5G network infrastructure poses a threat, as backdoors could grant the Chinese government access to sensitive data on foreign companies and consumers. Answering these demands of security and transparency guarantees is a major challenge for Huawei and all Chinese tech firms.

The applications of the technology will take years before unified SA 5G networks of are in place. The GSM Association forecasts that only 14 percent of all connections will be 5G-powered by 2025. There is a long way to go before 5G is the new telecommunication standard.

”China has rapidly become a big player in 5G technology but remains reliant on imports of high –end products. This leaves the sector exposed to protectionist threats.’ said Pauline Weil, Coface’s Junior Economist. ‘5G is currently receiving a lot of attention given political considerations, but banning Chinese firms altogether reduces competitiveness in the sector, which makes it a costly decision that is bound to clash with private operators’ interests,” said Carlos Casanova, Coface’s Economist for the Asia Pacific Region.

5G technology in Romania will lead to extensive changes in telecom network infrastructure, bringing wireless connectivity level up to 100 times better than the 4G, at the same time reducing the costs associated with interconnecting automation devices (Internet of Things), a lower energy consumption, as well as industrial usability, that will have real-time information exchange (smart cities, remote control of cars, etc.). 5G technology entails many benefits, by creating new business models, both in communications and in other business sectors, but at the same time, various concerns about personal data privacy, device security and the cost of Internet-connected devices.

“The implementation of the 5G technology in Romania represents an opportunity to grow and to innovate both for electronic infrastructure manufacturers and for electronics and home appliance manufacturers. The way local players take advantage of it depends on the economic context, not always favorable, but also on the market response to such products,” stated Nicoleta Maruntelu, Senior Financial Analyst, Coface Romania.

ANCOM’s Strategy project to implement 5G in Europe shows that “the 5G offer will depend on the speed, amplitude and geography of the network deployment, influenced by long-term investment cycles, implementation costs and the regulatory framework.” The same study anticipates “the largest contributions of the 5G in information and communication technology, public services, agriculture, forestry and fishing, transport and logistics, hotel industry, construction, finance and insurance, and public utilities respectively.”