Cyscale lists on SeedBlink. The company’s value could increase 15 times by 2023 due to global expansion 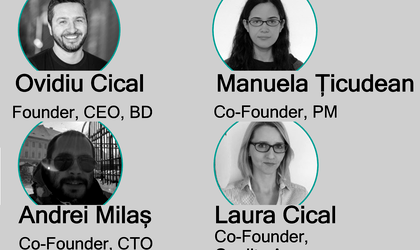 Cyscale, a start-up that develops security solutions for data saved in the cloud, lists tomorrow, September 10th, on SeedBlink, the largest crowdfunding platform in Southeast Europe. The company’s management wants to obtain 300,000 euros by listing on the platform dedicated to technology startups.

Cyscale is a company founded at the end of 2018 by Ovidiu Cical, Manuela Țicudean, Laura Cical and Andrei Milaș. The company from Cluj-Napoca develops protection software solutions for the information saved in the cloud and performs risk analysis of this data.

Cyscale’s goal: helping companies to be more competitive due to information protection and digitalization 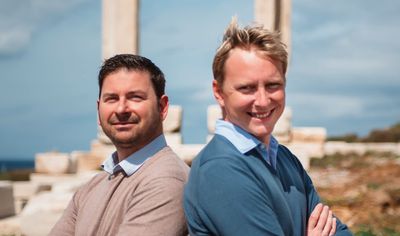 Read more about
CaptainBook.io, a B2B marketplace for travel experiences, has raised € 250,000 on SeedBlink
read more

“We launched Cyscale with the idea of ​​changing the way cloud technology is used by the companies. Although data is essential for companies, we have noticed in the over 15 years of experience we have in IT that companies often do not use a specialist to protect their data whether or not the information is saved in the cloud. Listing on SeedBlink will help us develop our technical and sales team, but also to make our first steps to global expansion. With a very good product and a strong sales team, we hope to achieve our goal: to support companies to differentiate themselves through digitalization. Because we believe that cloud technology and data protection in the cloud can do this: to bring competitiveness”, says Ovidiu Cical, co-founder and CEO of Cyscale.

“We are glad that we can intensify support for innovative startups, now reaching Cluj. The founders of Cyscale are very ambitious and they have global scaling plans for the solution they have developed to a most concerning problem. We welcome the development of the partnership with Techcelerator and GapMinder VC”, says Andrei Dudoiu, co-founder and CEO of SeedBlink.

Partnerships signed in the USA

The amount of the money will be invested in the next 12 months in the development of the technical and marketing & sales team, but also for global expansion, mainly in the USA, Germany, England and the Netherlands.

“The clients we have are currently only from Romania, but, recently, we have signed partnerships with large companies to expand on the US market. In Europe, we want to attract customers especially from England, Germany and the Netherlands because these are the countries with a high level of adoption of cloud technology and a very large number of companies. In these European countries we will also expand through partners because they know the local specifics and thus we can grow faster by removing cultural and linguistic barriers”, explains Manuela Țicudean, co-founder and project manager at Cyscale.

The financing round through SeedBlink is the second for Cyscale, the first, worth 100,000 euros, being received last year. The amount was invested by the GapMinder investment fund following the Techcelerator acceleration program. The four co-founders also invested about 100,000 euros in the two years since the launch of the company.

“In Eastern Europe, companies are very reluctant to move their information to the cloud, mainly because of the fear that they may lose data. At the same time, a study from 2019 conducted by the research company Gartner informed us that in 2025 half of the planet’s data volume will be stored in the cloud. The same study stated that in 2025 about 99% of cloud security issues will appear because of the fault of customers. Yes, there is a danger of data loss if the migration to the cloud is not done with the help of security specialists. Cyscale is a start-up that solves this very important problem and we are happy to be with them through a new investment”, says Cristian Dascălu, co-founder of Techcelerator and partner of GapMinder VC.

Currently, Cyscale is worth about two million euros, but with the new round of investment, the company’s value rises to 2.3 million euros, according to Cyscale officials. They also expect that in 2023 the value of the company could be 30 million euros, 15 times higher than at present.

“This very large increase of Cyscale’s value is based on the increase in revenue that will come with the expansion abroad. If in our region people are not very willing to adopt the cloud technology, we can’t say the same about Western Europe or the US. We want to become one of the largest cloud security companies, and this global expansion will help us exceed a value of 30 million euros in three years”, explains Ovidiu Cical.

Cyscale will soon apply for 2.83 million euros in European grants under the Horizon 2020 program. The money will be allocated to research and development.

Also, starting in 2021, the company’s management wants to register three patents in the area of ​​cloud technology. All patents will be registered abroad.

“The next three years will be dedicated to research, there will be years that we will use to work especially to improve our solutions. With our emphasis on the research area, we want to reach the top of the most important cybersecurity providers in Europe in 2023. Thus, by 2023 we will grow slightly from a business point of view. But, later, we will focus on the sales side and we forecast a very fast advance in terms of customers and revenues”, says Andrei Milaș, Co-founder and CTO Cyscale.

Five-time increase in revenue in two years. In 2025 about 90% of revenues will come from abroad

Cyscale currently has over 50 company users, most of them belonging to the IT field. The management aims to reach over 1000 customers in 2025.

On the other hand, for this year the company’s management estimated a turnover of 50,000 euros considering the current contracts. But revenues can reach up to 200,000 euros at the end of the year if current discussions with potential clients will materialize.