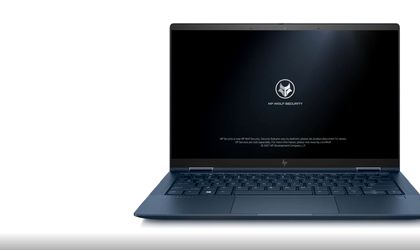 The HP Wolf Security threat research team identified a wave of attacks utilizing Excel add-in files to spread malware, helping attackers to gain access to targets, and exposing businesses and individuals to data theft and destructive ransomware attacks. There was a huge six-fold increase (+588%) in attackers using malicious Microsoft Excel add-in (.xll) files to infect systems compared to last quarter – a technique found to be particularly dangerous as it only requires one click to run the malware. The team also found adverts for .xll dropper and malware builder kits on underground markets, which make it easier for inexperienced attackers to launch campaigns.

Other notable threats isolated by the HP Wolf Security threat insight team include:

“Abusing legitimate features in the software to hide from detection tools is a common tactic for attackers, as is using uncommon file types that may be allowed past email gateways. Security teams need to ensure they are not relying on detection alone and that they are keeping up with the latest threats and updating their defenses accordingly. For example, based on the spike in malicious .xll sightings we are seeing, I’d urge network administrators to configure email gateways to block incoming .xll attachments, only permit add-ins signed by trusted partners or disable Excel add-ins entirely,” explains Alex Holland, Senior Malware Analyst, HP Wolf Security threat research team, HP Inc.

“Attackers are continually innovating to find new techniques to evade detection, so enterprises must plan and adjust their defenses based on the threat landscape and the business needs of their users. Threat actors have invested in techniques such as email thread hijacking, making it harder than ever for users to tell friend from foe.”

The findings are based on data from the many millions of endpoints running HP Wolf Security. HP Wolf Security tracks malware by opening risky tasks in isolated, micro Virtual Machines (micro-VMs) to understand and capture the full infection chain, helping to mitigate threats that have slipped past other security tools. This has let customers click on over 10 billion email attachments, web pages, and downloads with no reported breaches. By better understanding, the behavior of malware in the wild, HP Wolf Security researchers and engineers can bolster endpoint security protection and overall system resilience.

“Organizations should focus on reducing the attack surface and enabling quick recovery in the event of a compromise. This means following Zero Trust principles and applying strong identity management, least privilege, and isolation from the hardware level. For example, by isolating common attack vectors such as email, browsers, or downloads using micro-virtualization, any potential malware or exploits lurking within are contained, rendering them harmless.”