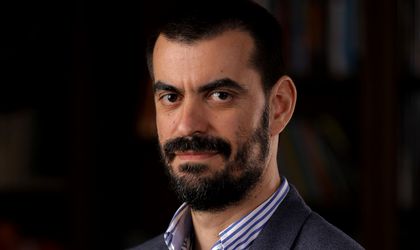 Connections Consult (CC), a group of digital transformation companies, listed on the Main Market of the Bucharest Stock Exchange, contributes to the transparency of social dialogue by developing the first platform that facilitates communication between government organizations and civil society, through a partnership with Concordia Employers’ Confederation, an organization which represents the business environment at the public debates at the level of the Government, the Parliament and decision-making structures in Romania.

Through the collaboration between Connections and Concordia, all legislative proposals from the central level are made public to citizens and to the business environment, before they are debated and promulgated or repealed by state bodies, on the www.dialogsocial.ro.

The unique and integrated platform allows both the consultation of legislative initiatives and the downloading of documents associated with a legislative initiative in original and editable format, but also vertical consultation within the dialogue partners’ structures through comparative tables with the legislation in force versus the proposed form. Also, the Dialog Social platform is a place for virtual debate of the positions of companies and NGOs in relation to draft normative acts and any other topics in public life, which are later supported in Parliament by representatives of Concordia, trade unions, employers and civil society.

“We are pleased to collaborate with a partner with beneficial initiatives for society, such as the Concordia Employers’ Confederation, and we are happy for the opportunity to contribute to the transparency of the relationship between the state and civil society. Through the development of the Dialogsocial.ro platform, a transparent and efficient communication is ensured between state bodies, representatives of the private sector, employers and NGOs, a collaboration that Romania needs. With the aim of being an interactive decision-making tool to promote a healthy dialogue between the parties involved, this unique platform represents the most digitized way of connecting the state and civil society in terms of social dialogue”, says Radu Marcu, Software Chief Operating Engineer at Connections Consult.

For the development of the platform, modern technologies and automation functions were used to monitor legislative initiatives in real time and to provide users with easy access to the portal, but also for easy and intuitive navigation on the site. The platform, which is unique in Romania, was created by a team of five specialists in software development, project management and business analysis.

“We are constantly involved in projects that favor the evolution of society and that improve the lives of citizens and develop the business environment. We have a portfolio of numerous projects that allow companies to compete more effectively in the industries in which they operate, and we want to be partners in creating as many projects as possible to serve the general public, but especially in the public domain where the need for digitization is growing. The digitization process is much more accelerated in Romania, as it is difficult to avoid the automation of operations in a business and the optimization of all processes”, points out Bogdan Florea, CEO of Connections Consult.

Bento signs a contract for European funds worth RON 25 million