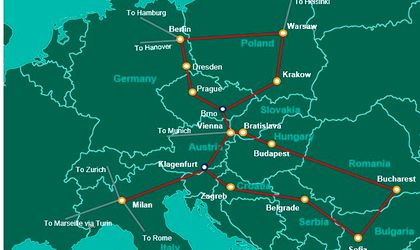 High-speed internet for the business-to-business (B2B) sector is not a well-developed service in Romania. The main providers are focusing on retail area (B2C), where the bandwidth and the speeds are higher every year. Colt Technology Services, a B2B high-speed internet provider, announced that it will expand its services in Central and Eastern Europe, with a center based in Romania.

The company is present in Romania with an office in Sibiu that employs 140 people that gives support in financial, billing and commercial service for the company.

The company announced the expansion of the Colt IQ Network in Central and Eastern Europe, further powering businesses digital transformation in the region through agile, on-demand and high bandwidth services. Colt is investing in the region as a response to its rapid economic growth, providing the high bandwidth connectivity needed to ensure businesses continue to thrive. The company didn’t announced a certain value for the investment in Romania, but the total value of investment in expanding the network is around EUR 1 billion.

This expansion will connect major hubs in the region with more than 7,000 km of new fibre infrastructure. The cities which will be connected include; Sofia (Bulgaria), Zagreb (Croatia), Brno (Czech Republic), Prague (Czech Republic), Budapest (Hungary), Krakow (Poland), Warsaw (Poland), Bucharest (Romania), Belgrade (Serbia) and Bratislava (Slovakia). As well as linking these cities, this expansion will also connect 10 data centers with end-to-end capabilities on Ciena network equipment and a Cisco packet platform. The first services through the network will be available in the first months of 2019.

Colt has been investing heavily in expanding its Colt IQ Network this year, with the business also increasing its reach and density in both Dublin and Berlin. These expansions highlight Colt’s drive to ensure that Colt is the main force behind the connections needed to propel businesses forward.

“Connectivity is central to the future of every economy and, for Eastern and Central Europe, Colt can be a key player in increasing competitiveness, boosting productivity and meeting the future demands of enterprises,” said Carl Grivner, CEO of Colt Technology Services. “Over the past year, we have announced the significant expansion of our Colt IQ Network in Europe, Asia and North America. We are determined to ensure that we meet the growing demands of the local and international businesses that we serve and that are driving economic growth around the world.”

The Colt IQ Network will be available in Central and Eastern European countries in Q1 2019, offering wave services up to 100Gbps, Spectrum services and Ethernet services.

”We have many competitors in Romania, but each one can have a role in the digital transformation of the businesses”, said the representatives of the company at the conference in Bucharest.

As far as the 5G technology is concerned, that will give a boost in the mobile communication, it is seen as an opportunity for the company since the 5G towers will need landlines for internet traffic.