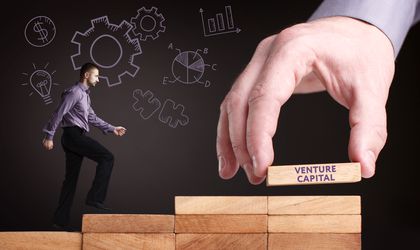 Tech sector attracted record levels of venture capital investment in 2020. Tech Nation has named Bucharest on a list of its top 20 European cities based on VC investments.

Scaleup accelerator Tech Nation has announced the release of its annual Tech Nation Report, the ultimate state-of-the-nation report on the UK tech sector that shows some statistics also about Bucharest city.

With a total of $ 230 mil. Bucharest is on the 18th position in Europe, with a similar amount with capital raised by the startups from Cambridge, Madrid and Oslo.

VC investment into London tech was more than Paris, Berlin and Stockholm combined at $10.6bn in 2020, and UK cities made up 20% of the top 20 European tech cities. With $ 3,77bn, Paris is the second city in Europe, followed by Berlin ($3bn) and after Brexit, Paris could become the new startup hub in European Union. Investment in tech across many European cities, such as Paris, Oslo and Amsterdam, is rising, but Berlin, Munich and Barcelona saw decreases between 2019 and 2020.

From the global perspective, UK tech VC investment continued to catch up with China, hitting a record high of $15bn in 2020. The Tech Nation study places the UK third globally in terms of venture capital investment, behind the United States ($144.5bn) and China ($44.6bn).

2020 was an unquestionably transformative year for the tech ecosystem. The entire workforce was thrust into working out of bedrooms and living rooms, and a complete reliance on technology to keep everyone communicating, collaborating and building, which saw digital transformation accelerated 10x quicker than even the biggest proponents were predicting in 2019.

This new reality led to a whole new generation of startups being created, built completely remotely from day 1 and redefining the playbook for how they raised money, hired talent and marketed their products and services.