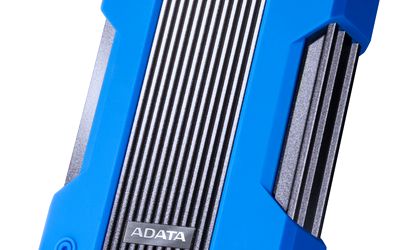 IP68 certification enters the external HDD market in order to make the storage devices stronger. ADATA announces the launch of the HD830, the most robust external HDD ever released by the company, that features an ultra-strong aluminum structure, three-layer construction and is certified in IP68 class for maximum data protection.

In addition, the HD830 is compatible with MIL-STD-810G 516.6 and can withstand a pressure of up to 3000 kg. The HDD is also equipped with shock sensors that prevent errors that may occur due to accidental impact or sudden movements.

The HD830’s rugged aluminum exterior is not only able to survive serious falls or blows of any kind, but can handle even a pressure of up to 3000 kg, roughly equivalent to the combined weight of fifty medium-sized men. The HD830 also meets the Military Standard MIL-STD-810G 516.6 and can survive a fall from 1.22 meters. A three-layer structure provides complete interior and exterior protection, including a silicon, black or blue outer shell, which has a shock-absorbing role.

The HD830 features shock sensors that stop the unit when an impact is detected, such as falling or accidental impact. Users will know that the sensors are active when the LED flashes red. When the hazard has passed, the LED will turn blue and will resume normal operation.

The robust aluminum exterior of the HD830 is built with a bold texture, with two robust side columns that give the product a solid look. In an era where 4K Ultra HD video content and other high-definition content are getting more and more viewable, users can never have too much storage capacity. The HD830 is ready with 2TB, 4TB and 5TB storage capabilities. As with all other ADATA hard drives, the HD830 is backed by a 3 year warranty.