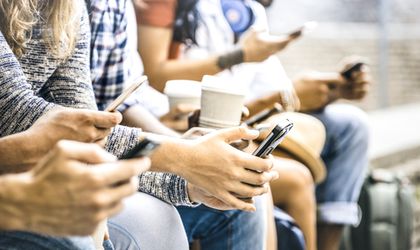 2018 was the second consecutive year in which average mobile internet traffic doubled, reaching 2.6 GB per month per capita. It is due to the increasing traffic of videos on social media platforms or on specialized internet websites.

Depending on the number of active mobile internet connections in 2018, the market leader had a market share of 40 percent, the main competitor was 25 percent, and the other suppliers accounted for 35 percent. According to the last data available, the market leader would be Orange, followed by Vodafone, while Telekom Romania and Digi Communications would share the next 2 places.

According to ANCOM statistics, the number of fixed Internet connections in Romania exceeded 5 million, reaching 5.1 million at the end of 2018, up 7 percent over the previous year, after the robust growth of very high-speed fixed internet of 16 percent. Very high-speed internet is at least 100Mbps.

Thus, the share of high-speed connections (at least 100Mbps) has reached 69 percent at the end of 2018. Through fixed internet a traffic of 25 GB per month per inhabitant was made in 2018, up 15 percent over the previous year.

“The citizens and the business environment in Romania need more and better internet: we have exceeded 5 million fixed Internet lines, of which 2 million are fiber optic to the house. On the mobile segment, 4G connections exceeded half of the total, and average mobile internet traffic continued to double for the second consecutive year,” said Sorin Grindeanu, ANCOM president.

Last year, the fixed internet penetration rate of 100 households was 62 percent nationwide, with 74 percent in urban areas, and 46 percent in rural areas.

Depending on the number of fixed Internet connections recorded at the end of 2018, the market leader had a market share of 51 percent, the main competitor was 23 percent, the other suppliers accounted for 26 percent. That would be RCS & RDS, followed by Telekom Romania and UPC Romania, plus other suppliers like Vodafone and Orange.