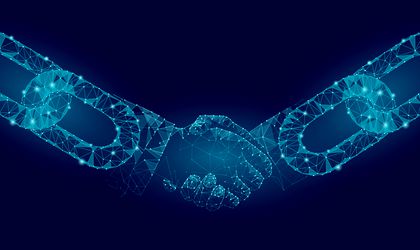 Showing Europe’s long-term commitment to blockchain technology, 22 EU Member States signed the Declaration on the establishment of a European Blockchain Partnership on April 10, 2018. Romania and Greece joined the Partnership at the end of May.

According to a statement by the European Commission, this agreement represents “a vehicle for cooperation amongst Member States to exchange experience and expertise in technical and regulatory fields and prepare for the launch of EU-wide blockchain applications across the Digital Single Market for the benefit of the public and private sectors.” Mariya Gabriel, the European Commissioner for economy and digital society, stated that all public services will use blockchain technology in the future, as it represents an opportunity to rethink information systems, to promote user trust and the protection of personal data.

Global banking institutions have started to embrace blockchain technology and a consortium called R3 including 70 of the biggest international banks has been established to promote the use of blockchain in the banking sector. Meanwhile, the National Bank of Romania “discourages any involvement of credit institutions into virtual currencies.”

Specialists explain that blockchain allows the creation of a digital data ledger comprising user transactions. This way, all transactions are archived and authenticated publicly, without the need of a sole owner of the information.

Blockchain supports the progress of technology and society, and Europe is a world leader in developing and launching such technologies. Blockchain is a decentralized registry for storing encrypted information that cannot be subsequently changed. This type of technology is not exclusively dedicated to transactions and cryptocurrencies – it is applicable for multiple fields such as banking, healthcare (for storing medical data and maintaining its integrity), logistics, transport, online voting, improving financing capacity, etc.

Several states have started to implement blockchain technology in pilot projects for various fields. Among the highly developed countries which have functional blockchain legislation and have initiated endeavours to capitalize on the impact this technology could have on national and global economies are France, Austria, Germany, Estonia, Switzerland, Japan, South Korea. Examples include:

Among the EU’s blockchain projects are MHDMD and DECODE, applicable in healthcare and in the control of personal data.

The European Commission has allocated EUR 80 million towards blockchain projects and it will invest another EUR 300 million in the field during upcoming years.