10 startups from five countries, chosen for the 2nd edition of NEXT FinTech 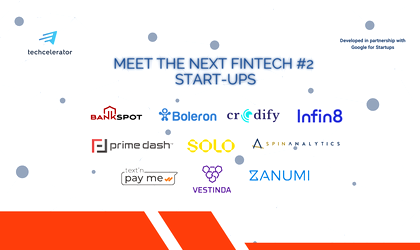 Techcelerator, the most active accelerator for technology start-ups in Romania, is running, for ten weeks, until March, the second edition of NEXT FinTech, an acceleration program developed with the support of Google for Startups, GapMinder BV, Stripe, Seedblink, TechAngels, RoFintech Association, Romania Tech Startups Association – ROTSA.

The program started on January 25th, and, by March 25th, it will include eight intensive mentoring modules: sales, matchmaking with financial institutions in the region, product marketing, transition strategies to the international market and preparation for attracting investment, matchmaking with investors and investment funds.

10 FinTech and SaaS startups from Bulgaria, Greece, Romania, the UK and Armenia have already been selected, with MVPs ready to launch or in beta testing. 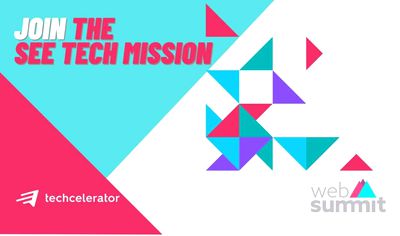 Read more about
Techcelerator organizes the first SEE Tech Mission, a group that will gather regional start-ups and tech enthusiasts at the Web Summit
read more

Thus, NEXT FinTech becomes the most extensive and applied program of bootcamps and workshops dedicated to fintech startups, which receive compressed and efficient mentoring throughout the program, starting from the identification and understanding of the target market and accessing partnerships with regional and global banks and players in FinTech and technology. In addition, start-ups with commercial traction are exposed to program partners to attract pre-Seed and Seed investment rounds.

“FinTech startups have become actual innovation drivers and promoters. At NEXT FinTech we have all the ingredients so that startups can say, at the end of the program, that they have traveled an accelerated route, they have gained experience, and that they have become eligible for future rounds of financing. A team of elite mentors has joined us, both, regional and global. Techcelerator thus provides a full context for the development of the local startup ecosystem”, says Cristian Dascălu, GapMinder BV partner & Co-founder of Techcelerator.

Synaptiq closes funding round totaling EUR 250,000 for Mediq, during Investors Days, a...