Analysis: 8 out of 10 waste materials left by tourists at the seaside are plastic 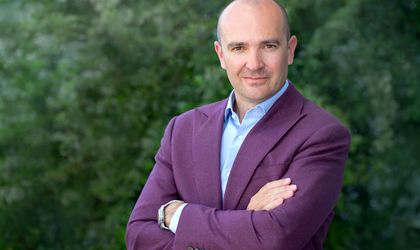 Hundreds of thousands of tourists spend their summer holidays on the Romanian coast every year and behind them remains a significant amount of waste –  several tens of tons, according to the official data analyzed by Clean Recycle. Thus, 85% of the waste discovered on the most crowded beaches in Constanta County is plastic, the rest representing metal waste, glass / ceramics, rubber, paper / cardboard, textiles and processed wood. Quantities keep increasing, from one year to another, according to the analysis.

A large part of the waste that is not selectively collected in special bins ends up in the waters of the Black Sea. Plastic also predominates in terms of the amount of floating waste discovered in the water, in proportion of 89%, according to public data.

Most of the plastic waste discovered by the authorities both on the beach and in the water were: PETs, bags, bags, linoleum, buckets and drums.

“If it is not collected and then recycled and recovered, plastic can be harmful to the environment. A PET decomposes in about 500 years and can affect marine life, but also each one of us, through the food chain,” says Cosmin Monda, founder and CEO of Clean Recycle.

The recommendation of Clean Recycle specialists for tourists is that, when they go to the beach, they should carry bags with them in order to collect waste, which they can further take to special collection points, thus minimizing the amount of packaging or other waste on the beaches.

Romania, on the penultimate place in terms of recycling in the EU

To achieve the recycling objectives, which Romania has missed so far, the amount of selectively collected waste must be increased. Our country currently has a recycling rate of less than 50%, according to Eurostat. From 2023, the targets increase to 65%, and from 2025 to 70%.

In this sense, the collection infrastructure must be improved at the level of the entire country and, also, intense awareness and information campaigns are needed, according to the Clean Recycle specialists.

Plastic packaging reached a total volume of 15.4 million tons in 2019, being the second most important packaging material in the EU. The figure is up 26.4% compared to 2009, according to the Eurostat barometer.

Clean Recycle is one of the top 5 players in the local packaging waste transfer (OIREP) market. Clean Recycle manages a portfolio of over 700 companies that produce and market packaging waste, active throughout Romania, in areas such as FMCG and retail, agribusiness, automotive, distribution, industrial production, pharmaceuticals, etc.

Thousands of digitized eco-islands, hundreds of collection centers and dozens of recycling stations...