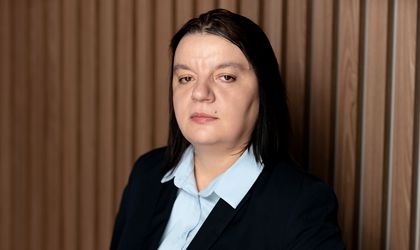 Over the years, the European Union has taken on a global leadership role in the fight against climate change. The main priority of the European Commission, led by Ursula von der Leyen, is the implementation of the Green Deal, a package aimed to stimulate the efficient use of resources by moving to a circular, cleaner economy, to restore biodiversity and to reduce pollution.

However, the ambitious goals coming from the political area are being met by growing concerns, particularly from business community, that the EU’s accelerated transition to a greener economy threatens the competitiveness of European companies. Forced to internalize their environmental costs, the European companies end up competing, even on the internal market, with rivals from other jurisdictions, where environmental standards are less stringent.

In addition, in the fight for global competitiveness, the European companies find themselves constrained also by the formalistic application by the European Commission and national competition authorities of the rules on state aid and merger control. 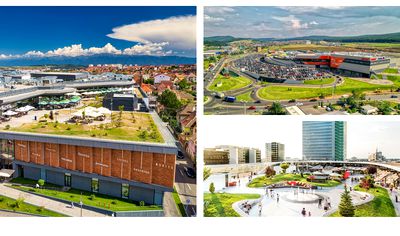 Read more about
ING Bank facilitated, together with a consortium of banks, the second €500 million green bond for NEPI Rockcastle
read more

In this context, the conference hosted on 4 February 2020 by Margrethe Vestager,  Vice-President of the European Commission, aimed to provide a framework for debate on the role of competition policy in achieving the ambitious environmental objectives of the EU.

Debates have highlighted that, in the absence of strict rules, companies tend to remain true to outdated technologies that, while not environmentally friendly, serve to reach the immediate profitability targets pursued by shareholders and investors. On the other hand, as recent studies show, although the European consumers declare they are very much in favor of protecting the environment, in practice they are not equally willing to bear the associated costs and pay more for  ecologic products.

Clearly, the task of solving these difficulties is not up to competition policy, but the main challenge in this area is precisely how to adapt the policy in a way that supports the transition to a greener economy, where innovation is encouraged, but without leaving unpunished those behaviors of companies that are really harmful to consumers and to the normal functioning of markets.

To this end, the Commission is working on certain changes. Thus, regarding the merger control, the aim is to include environmental efficiency among the criteria to be assessed when authorizing a concentration, as well as to speed up the authorization of operations conducive to innovation and development of environmentally friendly technologies. Still, the big challenge remains to find solutions that allow the identification and prohibition of mergers and acquisitions made with the main purpose of blocking or delaying the market entrance of new technologies.

In the area of State aid, the main anticipated changes aim to increase the importance of environmental impact in the assessment of State aid (there are even talks about including environmental conditionality in all projects in the field). The Commission intends to continue encouraging the Member States to use State aid to support pre-competitive and competitive research activities in areas such as: innovative materials, recycling, energy efficiency, electricity storage systems (battery). The energy sector, and in particular the support for the introduction of alternative technologies (such as hydrogen-based technologies) and investments in the production of renewable energy, remain in the spotlight.

Certain changes are also expected on the rules on anti-competitive practices. Thus, the Commission intends to amend the rules of horizontal cooperation (between competitors) in order to foster the participation of competitors in joint standardization, research, development and innovation projects, with the aim to facilitate the market deployment of technologies and products with a positive impact on the environment. Competition rules applicable in vertical (supplier-beneficiary) relationships will also go through a review process, with the stated objective of eliminating the inhibiting effect of some of the current rules and rewarding companies that are pioneers in the placing on the market of environmentally friendly products and technologies.

There are, of course, concerns that too much relaxation of the competition rules could lead to the non-punishment of agreements which, under the appearance of cooperation on environmental grounds, would conceal anti-competitive behaviors harmful to consumers and competition.

Even if there is talk of a certain relaxation of the rules, this should not be understood as a repeal of the existing rules. On the contrary, the position of the European Competition officials is clear: competition remains the main natural catalyst for innovation, and the Commission will remain firm in the severe application of competition rules to hard-core cartels and abusive practices of dominant companies. In fact, the announced relaxation is merely the flexibility of the application of the existing rules as to allow companies to jointly develop – without fear of being penalized for violating competition rules – legitimate environmental objectives which, at least at this time, tend to be disregarded by the competition authorities, especially in antitrust proceedings.

How do these discussions change the daily activity of companies in Romania?

The assessment of environmental efficiency should become a regular exercise when substantiating the companies’ business decisions. The good news is that this stronger emphasis and integration of environmental objectives into the EU competition policy entitle companies to rely on such efficiencies before competition authorities with greater chances of success than ever before.

Removing tensions between Green Deal and the EU competition policy is not a topic that can be resolved at a conference. However, some interesting ideas have come out of the debate organized by the European Commission, which are worth following, whether just because, sooner or later, we will feel their effects in Romania as well, in the form of new state aid schemes, legislative changes or even certain subtle changes in the Competition Council’s approach in certain cases.

IMMOFINANZ to reach emission-free status by 2040