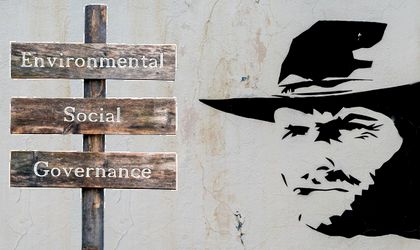 Who’s the Good, the Bad and the Ugly in ESG Reporting according to the 2022 Global ESG Monitor Report & Scorings released today?

In a new report released today, the Global ESG Monitor (GEM) shines a light on the Environmental, Social and Governance reporting of 350 important corporations worldwide. The GEM is the world leader in analyzing the transparency of ESG reporting and publishes a major report annually which analyzes non-financial ESG reporting across Europe, North America, Asia, and Australia.

“2022 has been a year in which the importance of ESG issues has increased dramatically,” said Michael Diegelmann, Co-Founder of the GEM. “Environmental and social crises fill the news daily and corporations need to clearly communicate what they are doing and how they govern their efforts. Progress is being made, but the bottom line is that many large multi-national companies fall short in their ESG reporting which will not go unnoticed by investors and the public.”

In the GEM 2022, 625 ESG reports from 350 companies included in indices from ten major stock markets were analyzed. Comprehensive regional reports will be published subsequently over the coming weeks. Today the GEM global report is being published, covering the four most relevant continental stock market indices from Europe, the USA, Asia, and Australia.

Few corporations approached the top of the scoring scale of 100 as defined by the GEM Assay™, the Global ESG Monitor‘s proprietary analytical model. The world’s highest score for transparency in non-financial reporting was 90, and the lowest was seven. The GEM Assay™ analyzes the ESG reporting of companies on 184 criteria as disclosed in their published ESG reports. Corporate ESG reports are used in a variety of ways, including as a factor in third-party ESG scores used by investors to guide financial decisions.

When comparing the transparency of ESG reporting across continents, the average corporate score was 66 out of 100 in Europe, followed by 56 for Asia and 53 for both the United States and Australia.

“It is no surprise that the GEM found such a wide difference in reporting transparency in different nations and regions. There is still no uniform, internationally recognized standard in ESG reporting and this poses challenges for companies,” said Ariane Hofstetter, the GEM’s Co-Founder and Head of Research and Data Science. “Even though there is the widespread use of important analysis tools such as materiality assessments, there is still a lot of make believe and lack of validity and liability in the results.”

The research clearly shows that European companies set the pace globally on ESG transparency, as 9 of the top 12 companies were from the Eurozone and 3 from Asia. The company with the highest overall score and thus the most transparent company with regards to ESG reporting was the Italian energy company, Enel SpA.

The Global ESG Monitor (GEM) is a unique research initiative to examine transparency in non-financial reporting of the largest companies in the world.​ The GEM monitors, analyzes and reports on the transparency of non-financial ESG reporting using the GEM ASSAYTM, a proprietary research tool adapted annually in response to evolving conditions and developments.

The operationalization of transparency underlying the GEM ASSAYTM is based on the relevant guidelines of Global Reporting Initiative (GRI), ISO Standard 26000, World Economic Forum (WEF) and Accountability.