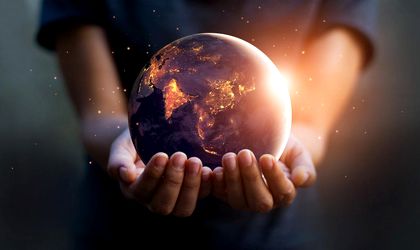 Yesterday, October 5, Thales received investors and financial analysts for its first Investor Day dedicated to Environmental, Social and Governance (ESG) issues. The Group presented its new roadmap for a low carbon future and explain how its advanced technologies are helping to make the world safer, more environmentally responsible and more inclusive.

Chairman and Chief Executive Officer Patrice Caine and members of the Group’s Executive Committee presented Thales’s priority actions in these areas. In particular, the leadership team explained how the Group is stepping up its low carbon strategy and outlined its plan to achieve “net zero” by 2040. The speakers also presented the major role that Thales’s future solutions — in the fields of space, aerospace, defence and digital identity and security — can play in building a more sustainable future. Thales also announced the publication of its Digital Ethics Charter, which outlines the Group’s position on the responsible use of technologies such as trusted AI and biometrics.

“Thales’s purpose of ‘building a future we can all trust’ means helping to build a safer, more environmentally responsible world and more inclusive societies. To accomplish our mission, we draw on science and technologies — like artificial intelligence today and quantum technologies tomorrow — to tackle these issues in both the physical world and the virtual world. We are making this contribution with modesty, with perseverance, and with the intimate conviction that this is how Thales will deliver sustainable growth over the long term.” Patrice Caine, Chairman and Chief Executive Officer.

Thales accelerates its action plan and raises its targets, with the following key objectives:

A greener world: clean technology for a sustainable world is a central plank of Thales’s growth strategy

Thales is drawing on its technology expertise to fight global warming.

In the civil aviation sector, for example, optimising aircraft operations has been identified as one of the major ways to achieve the objective of halving emissions by 2050. Optimising air transport would reduce CO2 emissions by 10-15%, or by more than 100 million tonnes of CO2, by 2040. As a world leader in flight management systems (FMS) and air traffic management (ATM), the Group is developing flight path optimisation solutions that would reduce aircraft CO2 emissions by up to 10% in the near-term future.

For Earth observation programmes, the Group is leveraging its global leadership in sensors and satellites to expand space-based surveillance capabilities and better understand climate phenomena. Thales Alenia Space has been selected for five of the six missions planned for the coming years on the Copernicus Earth observation and climate monitoring programme. The company’s involvement will include developing instruments to measure the amount of atmospheric CO2 caused by human activity. The instruments will determine the types of emissions with unprecedented accuracy (within 4 m²) to detect peaks in pollution around a given factory or city, for example.

As an expert in critical-decision support solutions, the Group is developing disruptive technologies that will make artificial intelligence more energy-efficient. Thales is the first company to develop “frugal” AI based on algorithms that only require small amounts of energy. Applying the principles of eco-design, Thales researchers are developing low-energy algorithms as an integral part of the design of neural network architectures. Whenever possible, they also prioritise knowledge-based symbolic or hybrid AI, which are much more energy efficient. Thales developers are also shifting their attention from Big Data to Smart Data, favouring quality over quantity, and improving electronics design and implementation to offer electronic circuits that consume very little energy.

Thales is also stepping up the development of its quantum technologies (sensors, communications and post-quantum cryptography), which will deliver significant gains in environmental performance. For example, quantum technologies will revolutionise sensors such as antennas, increasing their performance by a factor of 10 (and by as much as 1,000) with a significantly smaller form factor.

Last but not least, Thales is applying eco-design principles to a growing proportion of its new developments, and intends to adopt these principles for 100% of its new products and services by 2023. The Group is also actively promoting its eco-designed smartcards, which are expected to account for 35% of all its smartcard sales by 2025.

A safer world: Thales, a major player in physical and digital security

Protection from physical and digital threats is a pre-requisite for the sustainable development of our societies and the sovereignty of nations.

The defence industry is one of the most tightly regulated industries in the world, and Thales acts in strict compliance with the sector’s most demanding ethical norms and standards. The Group constantly innovates to bring the armed forces the benefits of smart digital solutions that deliver high performance with a small environmental footprint.

Thales is stepping up its investments in cybersecurity to cope with rapid growth in cyberthreats. The Group is the European leader in cybersecurity and expects to generate more than 1.5 billion euros in annual sales in this area by 2025.

A more inclusive, more ethical world: Thales published its Digital Ethics Charter for responsible use of digital technologies, and is taking steps to nurture an ESG culture within its teams

As new technologies such as AI and biometrics become more powerful than ever, the digital transformation is driving demand for greater commitment to ethical practices. Thales has undertaken to act responsibly when making use of these technologies, which raise a number of human, environmental and security-related issues. These technologies will only be trusted and accepted in our everyday lives if companies make ethical commitments to act with greater transparency and inclusion. Thales unveiled its Digital Ethics Charter, which outlines the Group’s commitments with respect to the responsible use and development of digital technologies, which hold enormous potential for the future development of our societies.

Thales is harnessing technology to provide everyone with access to their fundamental rights. Around the world, the Group’s biometrics solutions already bring hundreds of millions of people access to a legal identity, allowing them to exercise their civic and social rights.

The Group is also helping to bridge the digital divide through its telecommunications satellites business, which is helping to provide communities who currently have no Internet connections with web connectivity and access to knowledge. In 2022, Thales Alenia Space will deliver Eutelsat’s new-generation KONNECT VHTS satellite to bring very high-speed broadband and in-flight connectivity to users across Europe.

Finally, Thales prides itself on conducting its business with the highest level of integrity, and recently achieved ISO 37001 certification for its anti-bribery management system. As part of a process of a continuous improvement in place for more than 20 years and supported by management at every level of the organisation, Thales is also introducing mandatory training for staff every two years.