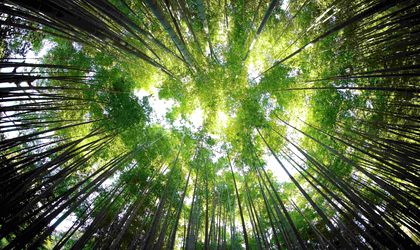 EDP’s good sustainability practices have once again been recognized in the S&P Dow Jones Sustainability Index (DJSI), which keeps its first place in the group of integrated electricity utilities, among 180 companies from different countries assessed. With a final score of 90 points (out of 100) – the second best since it joined this world reference index and well above its sector average of 50 points – EDP also stands out as the only Portuguese company to be part of the DJSI for 15 consecutive years.

Among the sustainability (ESG) dimensions that most contributed to this good performance is Governance & Economic, where the company achieved the maximum score in four of the nine criteria. Innovation management stands out in this performance – an assessment where innovative and relevant projects for energy transition, such as the floating solar park in Alqueva, made a decisive contribution.

Also in the Environmental dimension, the Transport and Distribution segment registered the highest growth in the score (more 23 points) and, in the Social dimension, the highlight goes to Prevention, Safety and Health at Work, which registered one of the best positive variations this year (more 10 points), and to Customer Relationship Management (more 11 points).
From the total of 27 criteria evaluated, there are eight in which EDP achieved the maximum score of 100 points: materiality, policy influence, innovation management, environmental reporting, social reporting, corporate citizenship/philanthropy, water-related risks and market opportunities.

Performance of excellence for 15 consecutive years

Since it joined the DJSI World and DJSI Europe in 2008, EDP has already distanced itself significantly from the first score of 75 points and, in the last 15 years, there are 13 in which it has always positioned itself between the first two places in its segment.

This recognition reflects the solidity of EDP’s strategy, focused on decarbonization, the development of renewable energies and the promotion of a model culture of sustainability and positive social impact. As a leader in the energy transition, EDP remains aligned with sustainable development and the fight against climate change, fundamental practices to ensure environmental protection and value creation.

In this year’s edition – which once again broke records for participation and entries in sustainability indexes – 3,519 companies from the S&P Global Broad Market Index were analyzed (out of a total of 3,562 invited to take part in the assessment), spread across 24 sectors of activity. A total of 332 companies were selected to be part of the DJSI World, with EDP being among the eight electricity utilities recognized. At European level, the DJSI Europe selected 153 companies, among which are five electric utilities, one of which is EDP (which has also been on this index for 13 years).

The Dow Jones Sustainability Index ranks the world’s leading companies in sustainability and was created in 1999 as the first non-financial performance benchmark for global listed companies. In addition to economic and financial indicators, this index assesses criteria such as transparency, corporate governance, risk management, relations with the various stakeholders, social and environmental responsibility, among other ESG aspects.

EDPR reaches a net profit of EUR 265 million in the first half...